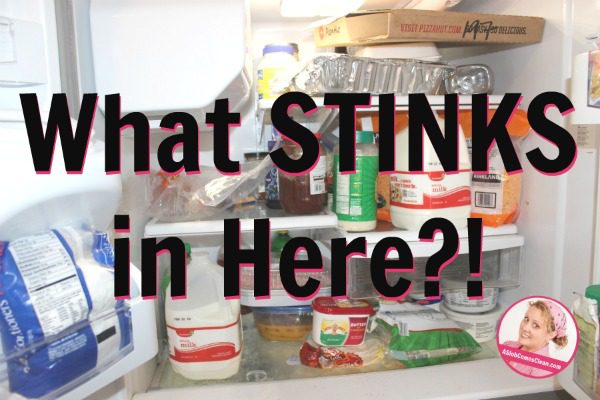 I’d known there was a problem.

I started knowing when I got a whiff one day as I dug through my fridge.

I continued knowing when the same kind of whiff happened every time I opened it.

I knew something had to be done when I was in the living room and realized someone had opened the fridge because I could smell that same smell.

Seriously. It was actually that bad.

But y’all, since the fridge looked like this, my searches for the Schtank kept proving futile: 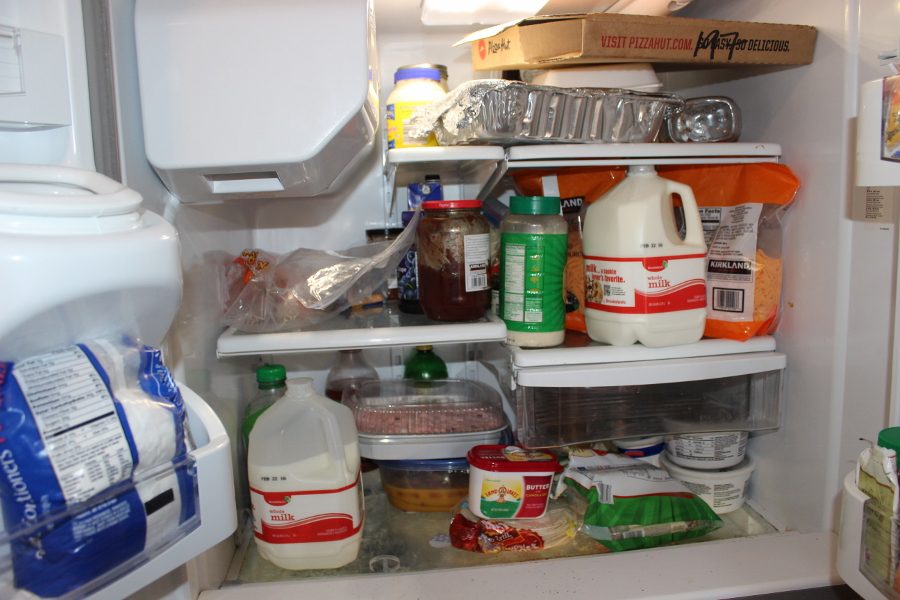 It was time for a full-on fridge clean out.

I dragged over the trash can and started pulling stuff out.

I really hate wasting food. Sometimes, I hate wasting food so much that I keep it long after it will/can ever be eaten. (Which is wasting food!) I have to make myself stop and be realistic. Even if something might be OK, if I continually pass it by because I’m concerned it might not be OK, I need to purge it. Might not usually wins, and food we’re never actually going to eat is clutter. 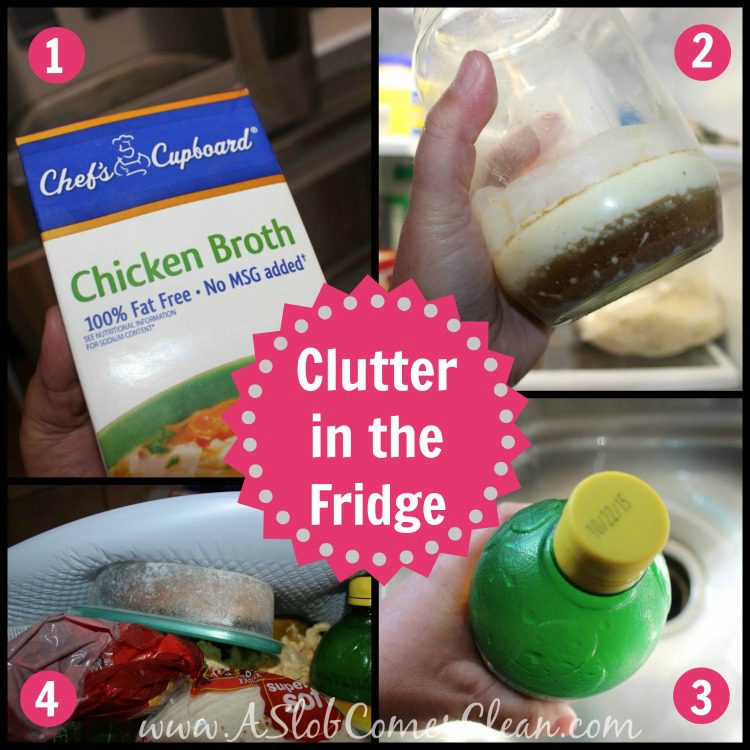 And then, since I was already invested in this job, I went all the way and started pulling out shelves to wash. 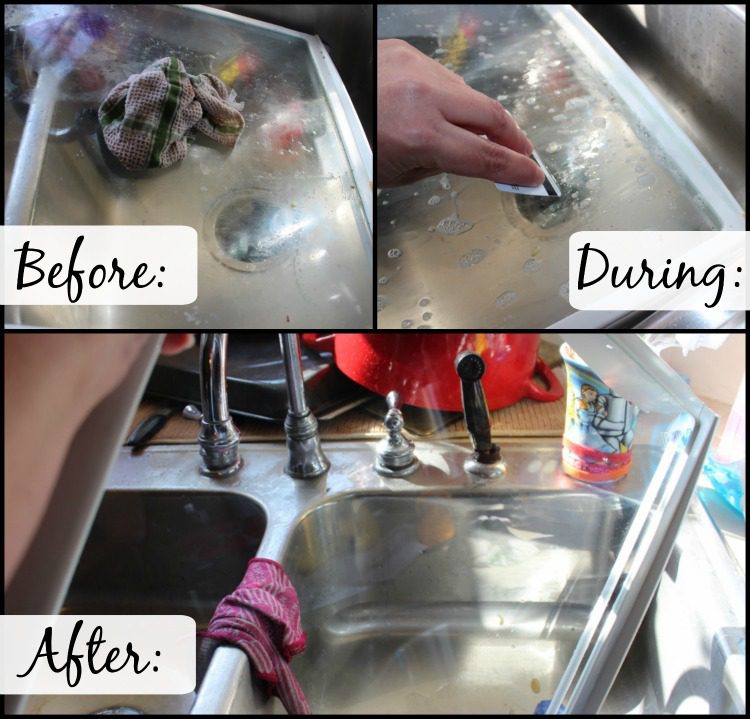 At that point, I was sure the smell had been taken care of, even though I hadn’t positively identified what the problem was. So I kept going, and cleaned out my middle drawer (it’s between the fridge and the bottom-freezer).

I know. Normal people wouldn’t even think of not completing this task all the way (if their fridges ever got this bad). But I thought it. I totally thought it. 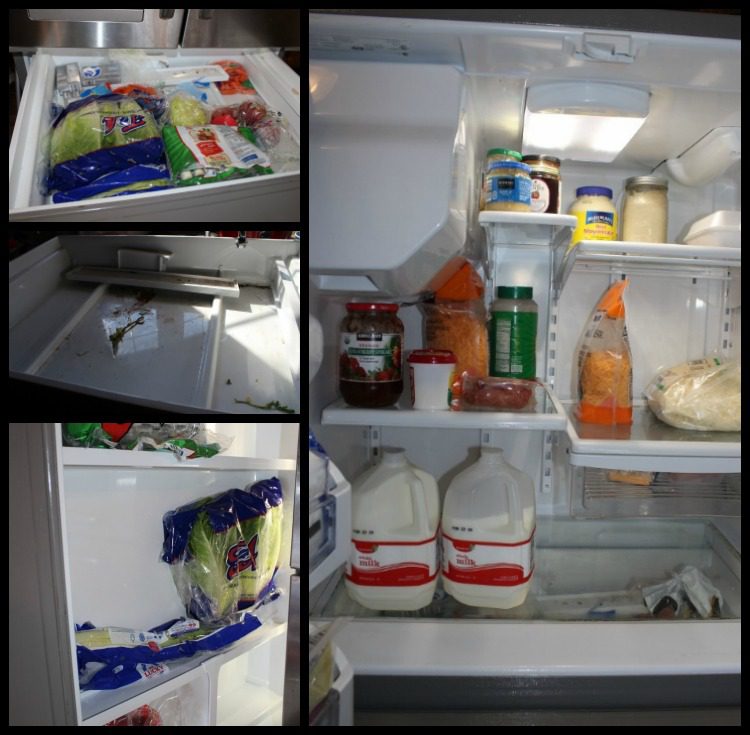 And here it was after I was done.

The smell is gone. Whew.

Don’t worry. The trash went out to the garage until trash day!