I knew my sixth blogiversary was coming up this week since I started the blog on the day this kid went to kindergarten in 2009. I just assumed it wasn’t the exact same day. 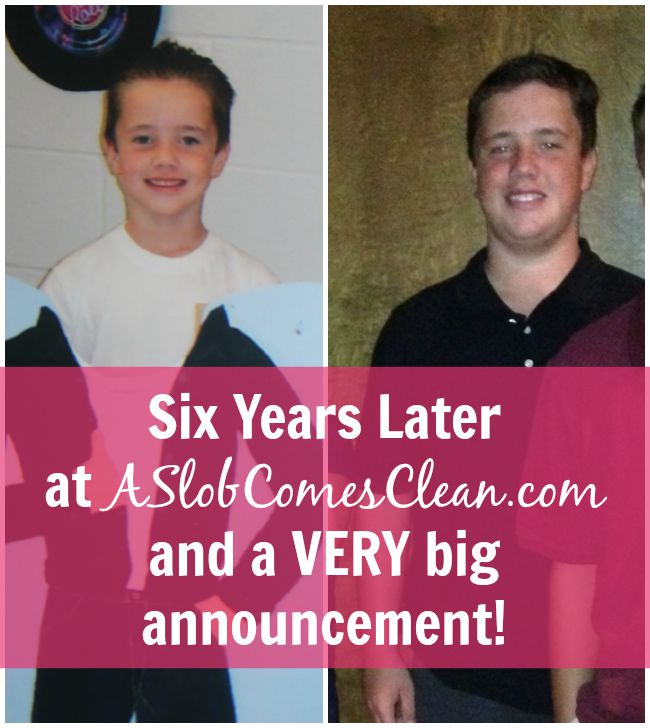 I was wrong. On August 24th, 2009, I wrote the first post on what was supposed to be my secret, anonymous, temporary, practice blog. The state of my house was keeping me from starting my real blog, so this Slob Blog was my way to learn about blogging while getting my house under control.

It turned out that A Slob Comes Clean was my real blog.

Things I didn’t know when I started:

Did you catch that?

I have signed a contract with Thomas Nelson, a division of HarperCollins, to write TWO traditionally-published BOOKS. 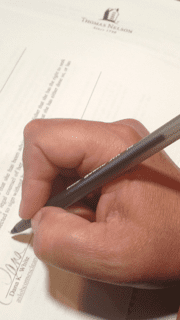 Two real books. With pages you can turn and everything.

That you’ll be able to pick up at your local bookstore.

This summer, as all this was happening, Hubby and I prayed about this decision. It’s a big one. I’m committing the next two years of my life to some pretty serious projects. We discussed and we prayed, and then we looked at one another and said, “Why would I not do this?”

If you’ve been around a while, you know I started blogging out of a burning desire to write. “Being a writer” was my goal, and blogging was a way to start working toward that goal.

I ended up falling in love with blogging as its own art form, with the immediacy of the relationship with you, my reader. I also learned (after much resistance and hesitation and downright saying no) that I had a message of hope to share.

So, even though I never in a million ba-jillion years would have believed I’d one day write a book about cleaning, I’m giddy at the thought.

Thanks for joining me on this crazy ride, and here’s to another six (or sixteen) years of blogging and the fun that it will bring!

The first book is set to release in January of ’17. It’s going to be a while. In the meantime, my e-books will help you get started on your own deslobification process.

Note: That first picture isn’t his first day of Kindergarten. It’s his 50th day. If I’d taken the time to get lost in  pictures from 2009, searching for a first day picture, I’d never have finished this post. And I have a book to write!!!!