I stuck an affiliate link in this post. I think it fit. 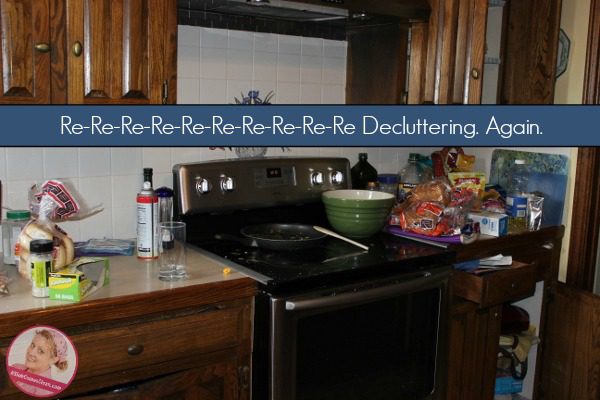 Yesterday, I shared a project-that-wasn’t-actually-a-project. I finally straightened my bookshelf after putting off doing ANYthing because I considered it a decluttering project.

You could totally argue that this project isn’t really a project either. That it’s simply a matter of putting away and straightening and such.

Except I do call this one decluttering.

It’s a spot that grows gradually with almost-but-not-completely-empty-so-should-we-really-throw-it-away bags like this one: 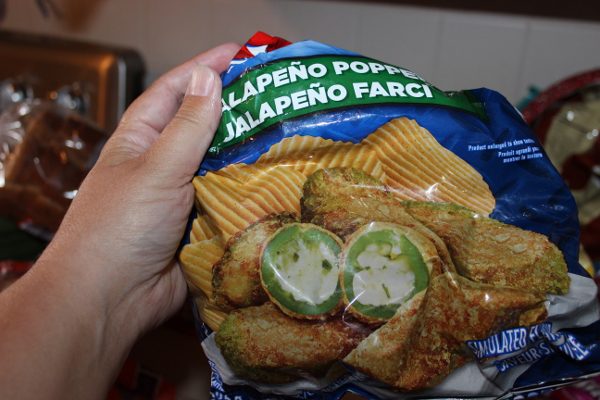 On our trip to Canada over the summer, I introduced Hubby to the wonders of unique Canadian chip flavors and those were his favorites. My favorites (Ruffles All-dressed Chips

which are totally worth traveling from Texas to Canada) . . . didn’t have any leftovers.

He loved the Jalapeno Popper chips so much that we hesitated throwing them away in that critical moment when we took them out of the carry-on where we’d stuffed them.

Even though there were only a few and those few were crushed . . .

Even though they were getting a little more stale each day . . .

We didn’t pitch them.

But he didn’t eat the stale chiplets either.

So they started the pile which grew and grew and eventually morphed into a lunch-making station where no lunches could easily be made.

And I had to declutter it.

Yes. That mostly meant moving various things to their nearby homes, but it also meant making the decisions about stuff like: 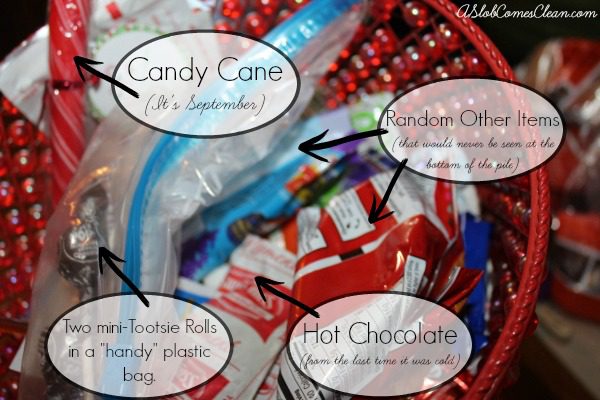 And less than five minutes later: 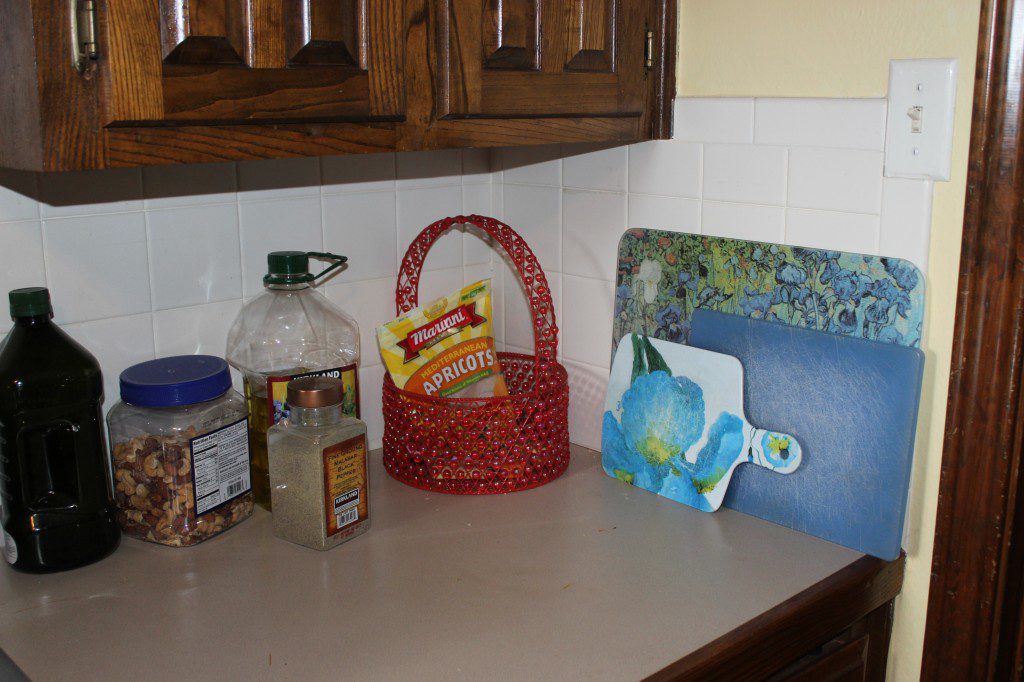 Except I didn’t wipe down the cabinet before the picture.

Don’t forget the the e-book version of my Printable Checklists. Go here and scroll to the bottom of the page for the purchase button.

Read Newer Post 036 What Can You Do in 5 Minutes? Podcast
Read Older Post It’s Amazing What a Little Straightening Can Do