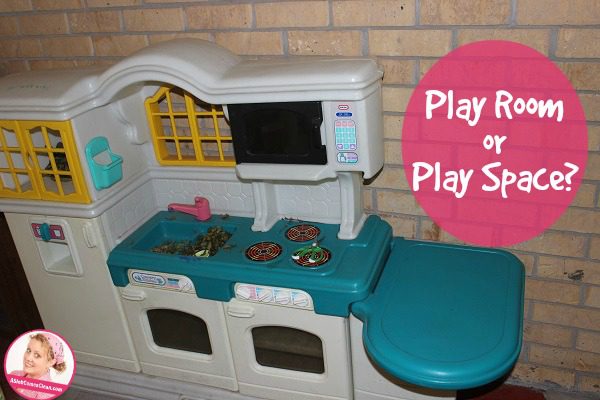 I spoke to a lovely group of mothers last fall. One of the questions that came up really made me think.

It was about playrooms. And storing toys in them. (I can’t remember the question exactly.)

PLAYROOM! was at the top of my list when we were searching for a house.

We had three kids ages four and under, and I thought it was a Must Have.

I got my playroom, but I now realize I didn’t use it correctly in those first years.

I had big dreams. I set up a reading corner with a comfy cushion, blocked off by a bookshelf. I bought a handy-dandy IKEA unit that seemed perfect for keeping (lots and lots of) toys tidy.

I put an art easel and craft papers and all sorts of things in there to encourage creativity.

Day One was great. But at some point between Day Two and Day Umpteen, it turned into a toy storage room.

Or a toy ocean.

Or a toy abyss.

Every stray toy was (literally) thrown in there. Soon, we couldn’t find the reading corner because the whole room was knee-deep (literally) in stuff.

And it was no longer a play room. Because no one played in it.

I answered the question by saying that since I stopped storing toys in the playroom, it has stayed clean. And play-in-able.

Seriously. Since this post (written over three years ago) when I completely purged the playroom of piddly stuff and only left the big stuff like a play kitchen, table and chairs, and baby bed . . . it has stayed under control.

A stage for pretending.

We do keep toys in the bedrooms, and we struggle to keep those rooms from becoming an abyss. But I know that the fewer toys we have, the easier it is.

And the more they play.

--Nony
Read Newer Post 025 Sell or Donate? Decluttering Advice Podcast
Read Older Post Is It Really Lost If I Put It There?

Read Newer Post 025 Sell or Donate? Decluttering Advice Podcast
Read Older Post Is It Really Lost If I Put It There?