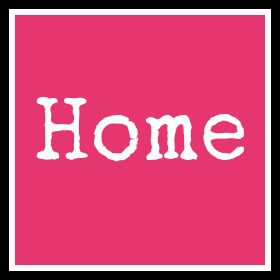 Today is September 11. In the U.S. it is a day to stop and think about what matters.

I hadn’t planned to write about this today, but as I was beginning a short “Stop and Remember” post on Facebook, I started remembering that day.

We had just moved into our first house and I was pregnant with our first child.

On September 10th, I had traveled 2.5 hours to see my my obstetrician in the city where I grew up.  I hadn’t found a new doctor in our new town yet. I spent the night with my mother.

On Tuesday, the 11th, we were enjoying leisurely conversation on a leisurely morning. Then my sister-in-law called. She asked if we were watching the news. A plane had just flown into a building in New York.

Her husband (my brother) was in New York for business. She couldn’t get him on the phone.

We turned on the news and began watching as the day’s events unfolded. Washington D.C. soon became an apparent target as well. That was where my father was. He was in meetings across the street from the White House, and was supposed to fly home that day.

Obviously, I was very concerned about my father and my brother. My mother and sister-in-law were waiting by their phones to hear from them.

But I needed to get home.

I needed to be home.

It became my singular focus, and I clearly remember the feeling of desperation as I drove.

Thankfully, my brother and my dad were safe. My brother watched the towers fall from the window of the building where he was working. He’s actually listed as a survivor. My father was evacuated and had the sense to get on the Metro and ride to the end of the line, somewhere in Virginia.

Neither one came home for a while since planes weren’t allowed to fly. My brother stayed in NYC and got what he needed from the few mom and pop grocers that stayed open. My dad washed out his undies in a hotel sink because he had only packed for a short trip.

Remembering this day helps me remember the importance of home.

Home is where you want to be when the world gets crazy. When “the world” doesn’t make sense.

That’s my whole goal in this deslobification process. Make my home a safe place for my family. Make it the place where we all want to be.