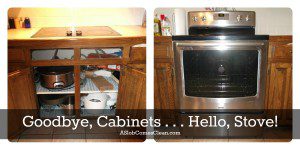 Which is a lie.

“It” (whatever that means) often is that simple.

But projects like this one are the ones that stick in my head and justify my procrastination on the ba-jillions of projects that ARE that simple.

Earlier this week, a guy came by to cut out our old stove so our new Maytag stove could be installed.  I had to clear out the two cabinets that would be disappearing.

I was excited about the new stove, but still didn’t look forward to all the bending and emptying and purging and such.  But I did, and even patted myself on the back a little because I went so far as to take things out of the cabinets on the sides.

Not everything, just what I figured Mr. Remodeler Guy would need out of his way.

I did not consider (having never remodeled anything before) the effects of sawdust.  Which is that it exists.  And goes everywhere and on everything.

I’d known I would be losing two doors’ worth of lower cabinets.  I had done the mental inventory and knew we’d be able to manage.  It was time for a good pots-and-pans decluttering session anyway.

I was prepared to eliminate and redistribute and rearrange.  But of course . . . it’s never that simple.

Because before I could put back the pots and pans, I had to vacuum up the sawdust. 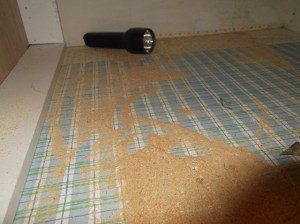 But once I vacuumed the sawdust, I could no longer deny that multiple sticky things must have spilled over the years in these cabinets. 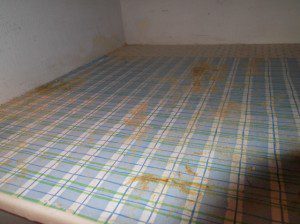 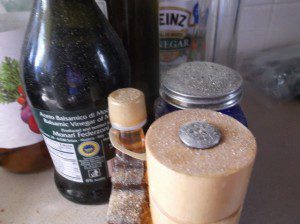 After the vacuuming and the scrubbing and the general wiping (everything on the counters was covered with sawdust too), I put back only the pots and pans that we actually use.

And that was simple.  Because after removing a Weight Watchers’ scale that I used all of about two times, 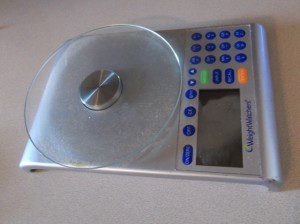 at-least-six out of date phonebooks, and a handy-dandy storage thingy that I evidently only use to store never-used-but-unusable paper napkins, 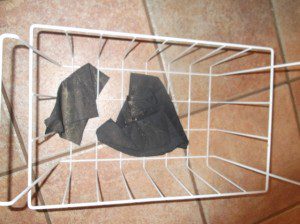 there was more-than-enough space for all the things we do use regularly. 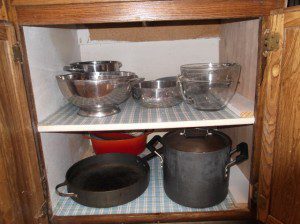 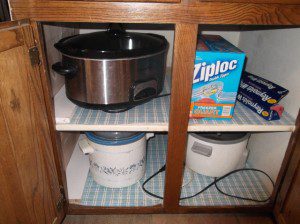 All-in-all, this took about an hour.  An hour when I was also on the phone.

So I guess it really was that simple.

Have you seen my other decluttering projects?  There are links to other projects and ideas for how to declutter here.