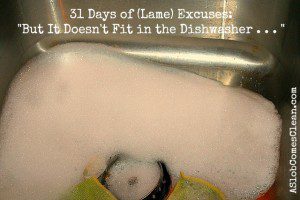 This goes along with my post from last week.  Actually, I took the pictures on the same night.

And then there’s doing the big dishes.

Even though they’re not.

Because even if I “do the dishes” but I leave the colander and the baking sheet and the pasta pot in the sink . . . 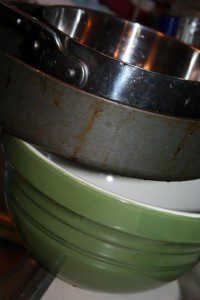 Then I’m the only person who actually realizes that the dishes have been done.

Which means they’re really not done.

So, the other night when I was soooo tired but talked myself into doing the dishes anyway, I had to give myself another talkin-to about going all the way and filling the sink with soapy water and washing the big stuff too.

And of course, it took ever-so-much LESS time than I expected it would, and I felt ever-so-much better when it was done.

I know all about the importance of doing the dishes.  All of them.  I even wrote a book about it.

But I still have to recognize all my rationales as excuses sometimes. 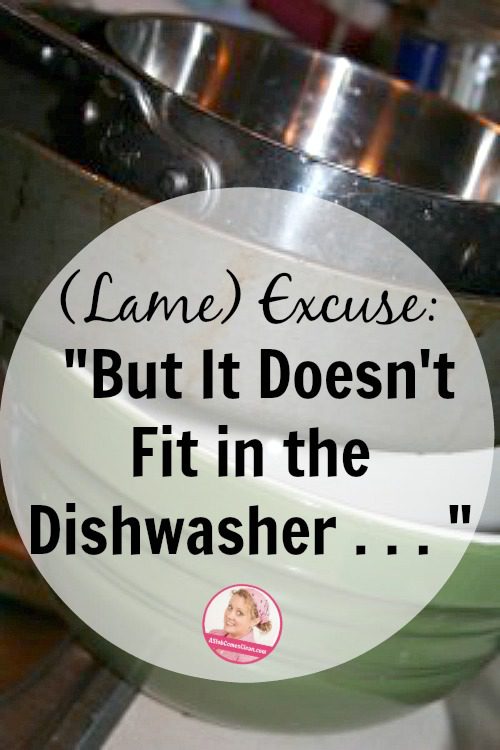