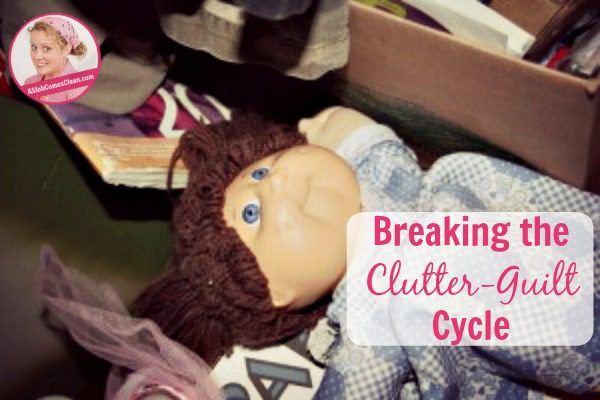 I’ve written about how I had to get over the guilt of decluttering things that were given/handed-down to me.

I’ve accepted it as the givEE.

But what about as the givER?  What about when it’s my daughter wanting to get rid of something I gave her?

My daughter loves-like-a-mommy all of her (many) dolls.  When she decides she’s okay  parting with one, it’s kind of a big deal.  It doesn’t happen easily or often, and I know better than to cause any hesitation. 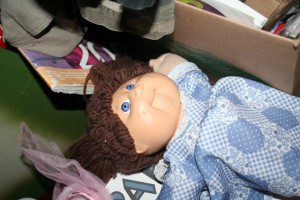 But what if it’s a doll that I gave her?  That was mine?  That I saved . . . for more than a quarter of a century with the sole purpose of passing it on to my daughter?

I’m sad that Carlina Emmy didn’t capture my daughter’s heart the way she did mine back in the 80s.  Yes, my heart breaks a little to think of my hiney-stamped darling sitting on the shelves (or in the bins) of a thrift store somewhere.

But I don’t need her anymore.  I used to have a purpose for keeping her, and that purpose was to pass her on to my own daughter someday.

It makes me sad, but I refuse to place Clutter-Guilt on my five year old.

P.S. I do feel the need to make it clear that my own mother is awesome about not placing Clutter Guilt upon my head. Somehow, I’ve managed to create my own “issues.” 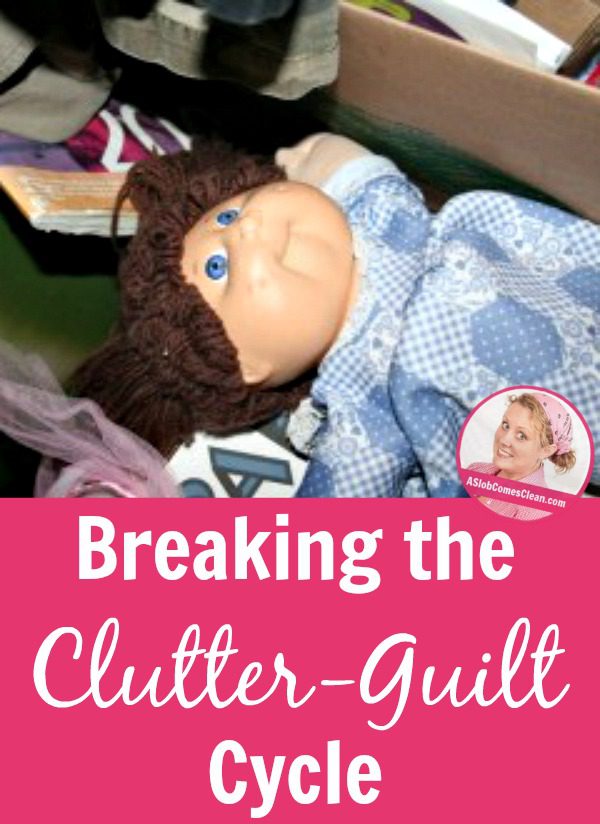