Part of me wants to end this 31 Days of Details Series with a powerful, profound,  life-changing post.

Part of me just wants it to be over.

I’ve enjoyed it, and it hasn’t been difficult, but there are some posts that have been rattling around in my brain which wouldn’t fit the theme.  Unfortunately, when the time comes to actually write them, they’ll likely have fallen out of one of my ears and I’ll be wishing I could just go back to the details.

For this final post, I’m sticking with the mundane and simple.

Looking around for details made me notice some things that I would prefer not to have noticed.

Because they’re gross.  Seeing them, and realizing how they must have been that way for a very long time, makes me realize that perhaps other people have seen them too.  And that’s just embarrassing.

The plates on my wall are fuzzy.

Not so bad from a distance: 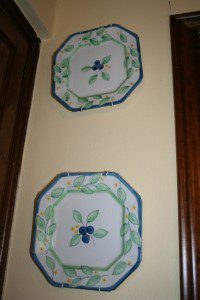 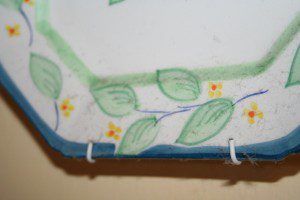 Less than five minutes later, they were clean.

And now, they look pretty much the same: 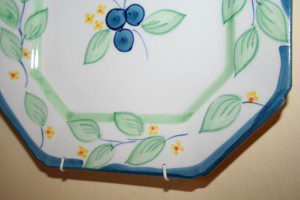 And there you go.  Even though I’d like to have found one big detail that solved all of my housekeeping problems, I only found 31 little details that you don’t even notice unless you’re paying attention.

I guess that’s what it’s all about.  Paying attention.

Which is rather profound.   So I’m happy.

Don’t forget that tomorrow is November 1st, so I’ll be hosting my Monthly Decluttering Update linky.  Go throw something away so you can join in!