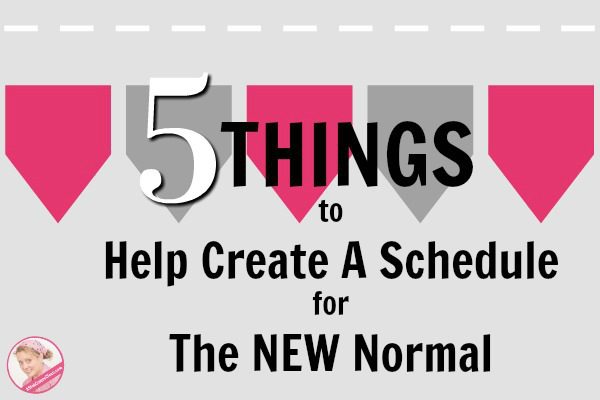 My first six weeks as a mother weren’t exactly blissful.  With feeding problems and an exceptionally-gifted-with-amazing-volume baby, my world had officially been rocked by this motherhood thing.

By the three month mark, however, I had it together.  He had figured out how to eat, was sleeping through the night, and I had even (successfully) ventured out of the house a few times.

I was finally on top of things.

And then he started teething.

I felt bad for him and all, with the pain and the stuffiness and the yada yada yada, but I really felt bad for me.  I couldn’t believe that right when I had my schedule figured out . . . everything changed.

And then it happened again.  As soon as we learned how to deal with the teething issues, he started crawling.  Then naps went from three a day to two a day.  Then I was pregnant again.  Then this.  Then that.

I finally accepted that life doesn’t stay the same for long. Life with kids, even more so.  And while I’ve learned (most days) to appreciate the wonderful excitement that is motherhood, I always resist change.

Change seems to happen within five minutes of the thought, “Whew! I think we’ve finally found a schedule that really works for us!”

Because schedules are a natural struggle for me (as a slob), I get overly excited when I find one that seems to work.  And I get overly irritated when changes beyond my control require that I let go of that schedule and create a new one.

Here are a few ways I’ve found to cope:

#1 – When possible, do your research and find out what this change will mean. Don’t assume that your child’s rehearsals will “probably be once a week after school” when they really might be held three nights in a row, until 10 p.m.  Knowing what to expect will help you form a loose plan.

#2 – Allow time to come up with your new routine. You can’t know the ins and outs of a new situation until you are in it.  Change is scary because it is the unknown.  Wait until you know how things will really be before you stress over a new schedule.  Perhaps the rehearsal schedule says 6-10, but the director will be done with your child by 8:30. (Perhaps.)

#3 – Don’t allow others to create your schedule for you. This is a big one.  Last spring, I was approached over and over . . . and over with things that other people thought I should do after my daughter went to kindergarten this fall.  Because I was determined to do #2, I said no to most of it.  Other people are more than willing to fill up your time for you, and you will then be stuck doing what they want you to do, instead of what you need to do for your family.

#4 – Prioritize. Your time will fill up.   Or fly by.  Regardless, nothing causes more mommy-stress than feeling over-committed to things that don’t matter at the expense of things that do.  For example, I had always said no when asked to serve in leadership in a Bible Study that I attend.  Leadership requires two days a week of commitment, and I never wanted to do that while I had children at home.  However, when asked for this year . . . I did commit.  It is something I have always wanted to do, and if I don’t make it a priority now while my schedule is not yet full, it might be difficult to squeeze in later.  Start with the important things, and let less important stuff squeeze in around them.

#5 – Once you find a new schedule, enjoy it . . . and let its success encourage you that you’ll be able to adjust when you need to make another new one.