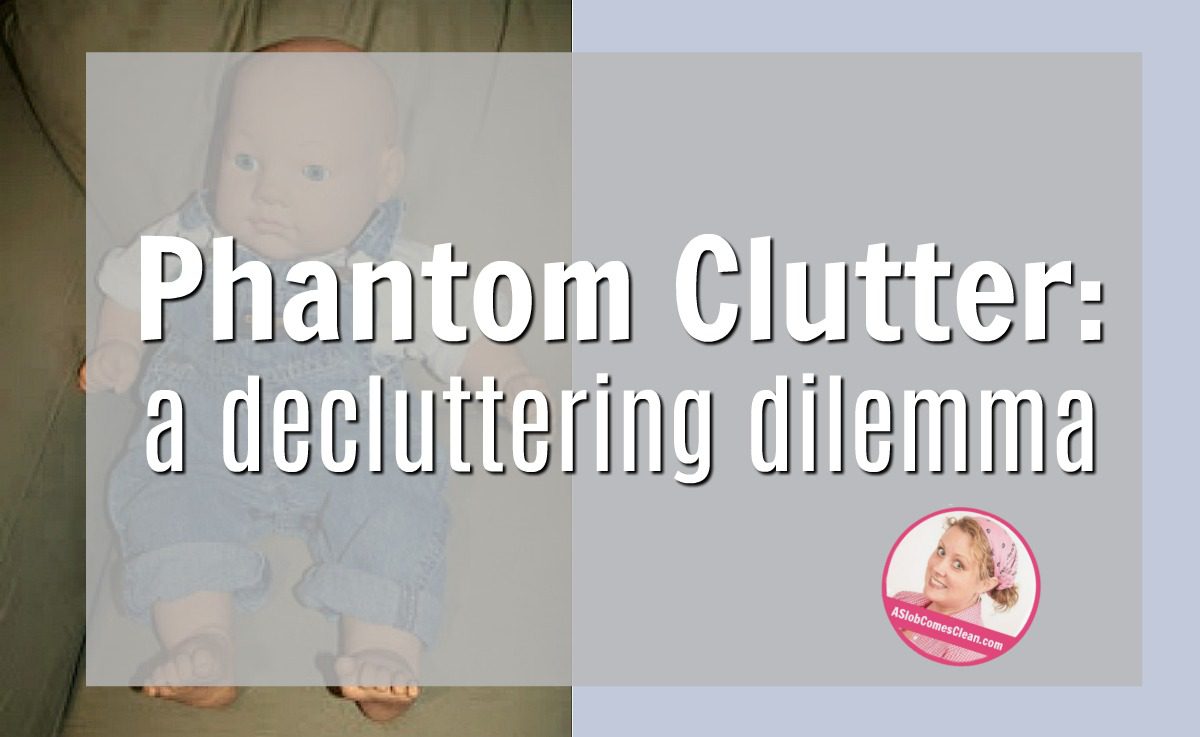 I’ve always heard that people who lose a limb can still experience pain in it.  Phantom pains. The memory/feeling is so real that they have to tell themselves that the limb really isn’t there anymore.

As I declutter, I do tons of self-talk.  I follow my two decluttering questions.  I rationalize that I simply must get rid of an item because I haven’t used it in X amount of months, years . . . or decades.  I assure myself that if I did need it I’d never remember that I had it or where it was.

It’s times when out-of-the-ordinary things are going on.  Like the princess party for my daughter last weekend.  I put together a fancy table (translated: real tablecloth, crystal rose-filled vases, paper princess plates and plastic forks).

And I served apple juice.  I couldn’t go too fancy because my daughter is a juice/milk/water drinker only.  By her own choice.  No lemonade and definitely nothing fizzy.  But I didn’t want to do juice packs because of the whole this-is-a-girl-party-for-once-and-we’re-not-sitting-on-the-floor-this-time thing.

While driving down the road, with my brain in full-on-party-mode, I thought, “Oh, I’ll use my pretty glass pitchers for the apple-juice!”  Problem solved!

And then I thought, “Ummmm, did I declutter those?”

Sure enough, they weren’t to be found.  (Which isn’t 100% proof that they’re not somewhere around.)

It’s moments like these that threaten future decluttering sessions.  They make me question my decisions and try to think of every possible reason why I might need to keep an almost-totally-unnecessary item. 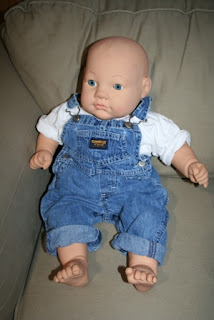 And the reverse example also gets me.  Like today, when I started pulling out warm-weather clothes, and ran across the denim overalls that my boys wore.  The overalls are size 6-9 months, and my boys are now 7 and 9 (years).  Twice a year for at least six years, I’ve debated over those overalls.  I’ve always decided that I couldn’t bear to part with them.  Even though I never remember that we have them until I’m changing over the kids’ clothes and they make me smile.

But this year, I saw them and realized that they were perfect for Big Baby.  Remember the baby that I almost didn’t find before Christmas?  The baby turned out to be a boy even though he was very definitely dressed in pink when she opened him up.  The overalls?  Just his size, and ever so much more manly!

See?  There was a reason to keep them boxed up for the last six years!

Here’s the thing.  I’m glad I ran across those overalls.  I’m extra-glad that they are now being used and enjoyed.  I’m okay with the fact that I kept them all this time.

They were one little thing, not taking up much space in a spot already designated for out-of-season or waiting-to-be-passed-down clothes.

I could probably even justify having kept the glass pitcherS (yes, I meant to emphasize the plural-ness), but I was fine without them too.

I’m going to make a mistake or two (or sixty) in this deslobification process.  I have likely thrown away something that I will one day greatly regret.  I’ve probably kept something that will baffle my adult children when they clean out my house after I’m dead.

But the fact that so much truly un-necessary stuff is gone, makes those mistakes worth it to me. 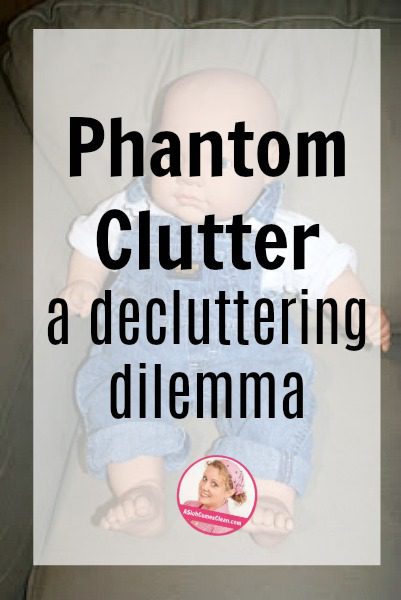