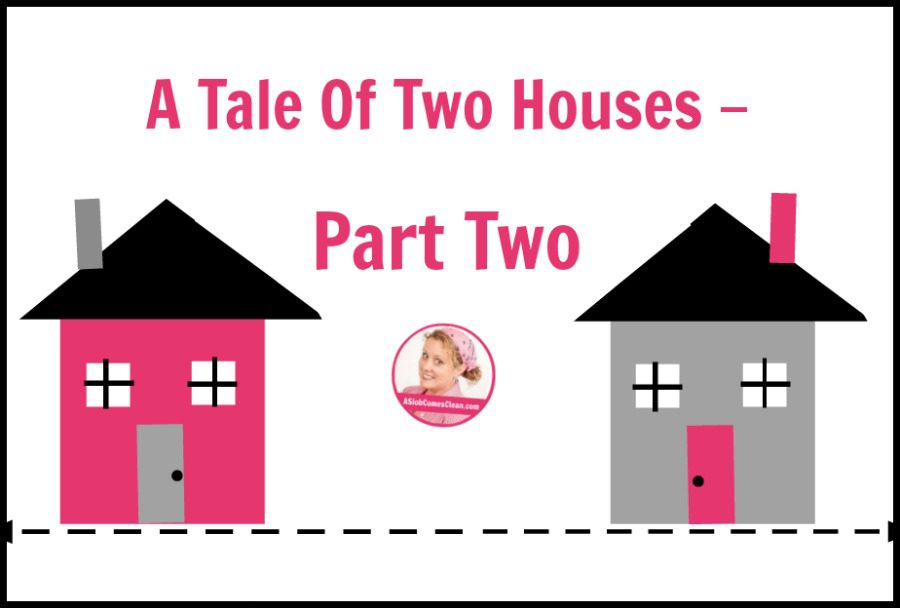 Yesterday, I posted what I originally thought was going to be a quirky post about the differences between my own home and that of a close friend of the same age and similar experiences. I was surprised to find myself in tears as I re-told the history of all my moves, and the boxes that I’ve lived among for too many years.

First, let me share our similarities. Like me, my former roommate moved overseas for two years after college. Like us, she and her husband got engaged while she was living over there. Like my husband, her husband lived as a bachelor on his own for quite a while before they were married.

But in the midst of all those similarities, there were plenty of differences. Here are a few that stick out to me.

They had things in storage too. But, they only had necessities in storage. Things that couldn’t be easily and cheaply replaced. A couch. Dishes. Theatre posters from college.

Not three toasters, two blenders, and a bunch of other stuff they didn’t need.

I’ve watched them build their home. In their first apartment, they lived without a table for a while until someone we knew had one to give away. They took it . . . and then promptly got rid of it when they found the exact table they really wanted.

They lived with their green corduroy couch until they saved up for and found the couch they really wanted. As soon as it was in, the green corduroy was gone. They left their windows bare until they found the curtain and rod they liked. No make-do mentality . . . they just waited until they could do it right.

I remember being newlyweds and having to lay on their floor to watch a movie. No one cared, it was a fun phase of life.

Over the years, as we would visit them, they had added one very cool piece at a time. AS IT WAS NEEDED. They waited, figuring out their needs, before adding anything. Their mentality seems to be that they’d rather wait and live without until they can find/afford just the right thing.

The contrast was our first apartment. You might not be able to move around freely, but there were plenty of places to sit! We had a full dining table AND a table in our breakfast nook . . . for the two of us.

They are clutter-free, even with a few boxes here and there in their just-moved-in state, because they have built their home up.

I’ve been paring down like a grandma since college.

Obviously, I can’t start from nothing at this point. I have to deal with where I am in life . . . a woman with too much stuff. But looking at their success helps me to relax about the whole “what-if-I’ll-need-it-someday” issue. The reality is that I may throw away/donate something that I WILL need someday.

Which is better, to “wait” and sit among boxes that weigh on your soul without you even realizing it, only to open the box years later to find an item that is broken, out-of-style or spider-infested . . . or to “wait” in an uncluttered space until you know for sure you need something and can fully experience the joy of adding it to your home?

Which one better allows me to enjoy the present moment?

I know that there has to be a balance of the two, but looking at the results of the two mentalities, I think that I need to work on swinging my pendulum more in their direction.

Read Newer Post Come On In! – But Stop There, Please
Read Older Post Focus Check Friday is Hopping on Over to my Blog Frog Community