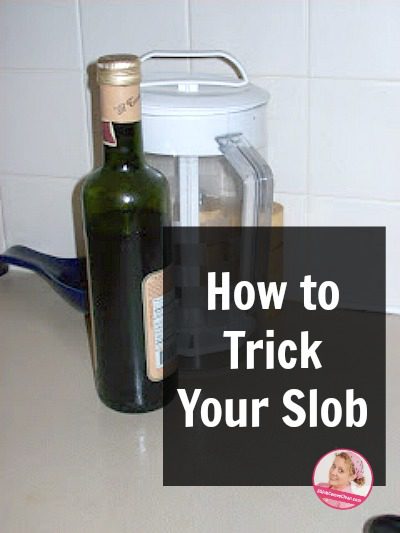 I’m not a fan of Where’s Waldo?

I don’t like those “Find 15 things that are different in these two pictures” type of games.  I have hope when I find 6, but lose focus around 8.

When someone asks me to go into another room and get the ____, even if they say exactly where it’s supposed to be, I totally revert to feeling like a child and panic a little.

I’ve often talked about my selective vision.  I tend to not see things that other people see.  Things like towels on the floor or clutter on the counter.

So, when I was looking for a specific pitcher this weekend, one that I actually had a spot for, I was beyond frustrated that it was nowhere to be found.  I looked at least three times in the cabinet where it goes, and it wasn’t there.  I looked the second and third time because I don’t trust myself.

I had perhaps been a bit vocal about my frustration.  I had perhaps lamented that “this always happens to me” and “what is wrong with me?”

So, later, when I looked on the counter to see the exact pitcher sitting there, I was perhaps a bit vocal once again.  With the way my brain works, it made total sense that it would have literally been sitting in front of me the entire time.

Then, my ever-so-hilarious husband started to laugh.  He had found it and put it there, complete with balsamic vinegar camoflauge, to convince me that it had been under my nose and I hadn’t seen it.

So, where did he find it?

In the cabinet where it goes, in which I had looked three times.

Read Newer Post Some Things are Hard to Part With
Read Older Post Yes . . . It Really HAS Been That Long!

Read Newer Post Some Things are Hard to Part With
Read Older Post Yes . . . It Really HAS Been That Long!