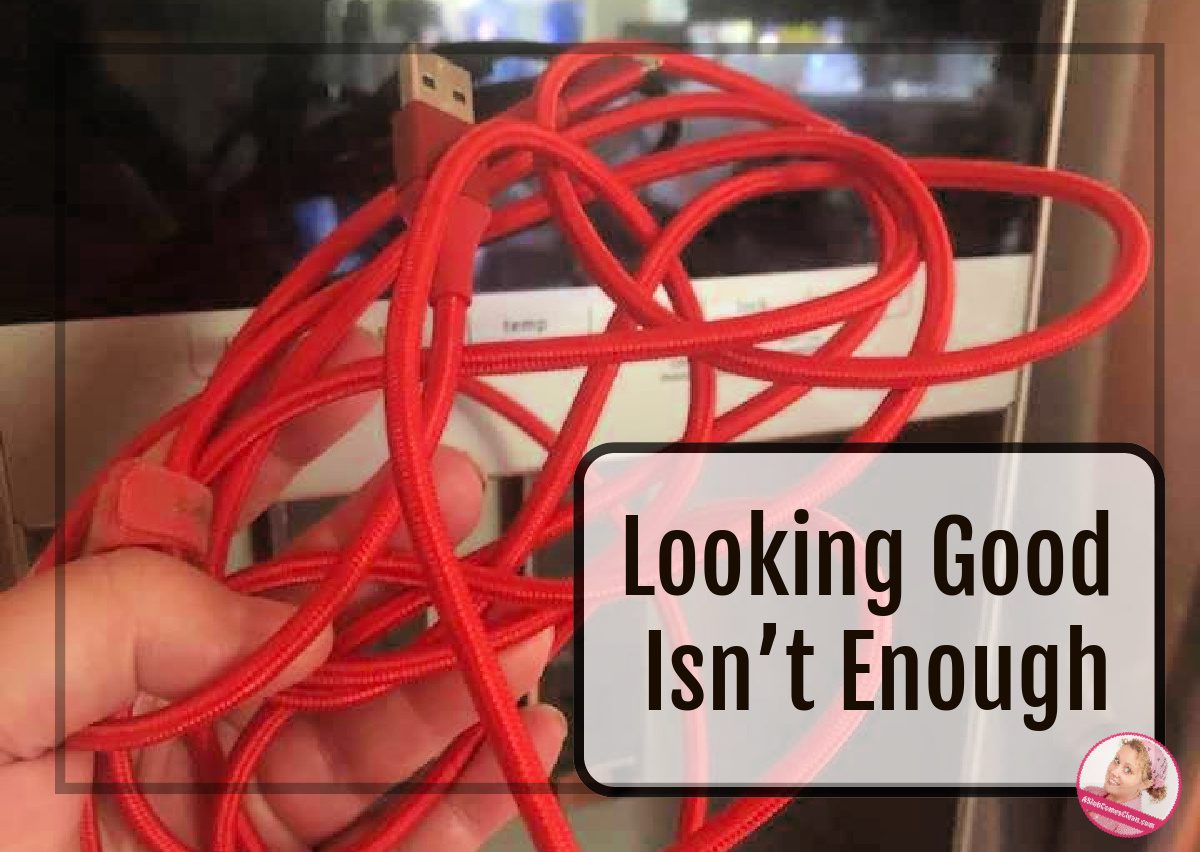 For the past two Christmases, I’ve bought color coded charging cords for each member of my family.

The first year I got six foot cords, and last year I went wild and got the ten footers.

These are good quality cords, and they seem to last better than any others we’ve tried in the past. So we were both surprised when my husband tried to use this red one and it didn’t work.

And then he remembered the cord hadn’t worked the last time he tried to use it.

And then he started to put it back where he found it. Instead of in the trash.

I suggested he throw it away.

He said (sheepishly), “But it looks like it should work.”

I am not criticizing him for that thought. I completely understand. Keeping something even though it doesn’t work because it looks like it should work is right up my Alley of Crazy.

I knew the look in his eye as stood paralyzed.

I told him I understood, and I reminded him that I’ve actually written books about such things.

He looooooves it when I remind him of that.

I gently removed the pretty red cord from his trembling hand. I tested it in two more plugs.

The cord still didn’t work, so I threw it away for him. I reassured him our life would actually be easier this way.

Throwing away the red cord eliminated endless random frustrating moments. Moments when we’d think we had a good cord only to remember it didn’t actually work.

His hand didn’t actually tremble. I just felt it made the story better. Artistic license and all.

In this case, italics used for the words “looooooves it” indicate sarcasm.

Me reminding him and my kids that I’ve written books about decluttering and doing the dishes is an ongoing joke in our house. It’s funnier to me than it is to them.

Here is my affiliate link to the cords. Despite this bad one, I really like them better than any other cords we’ve had. 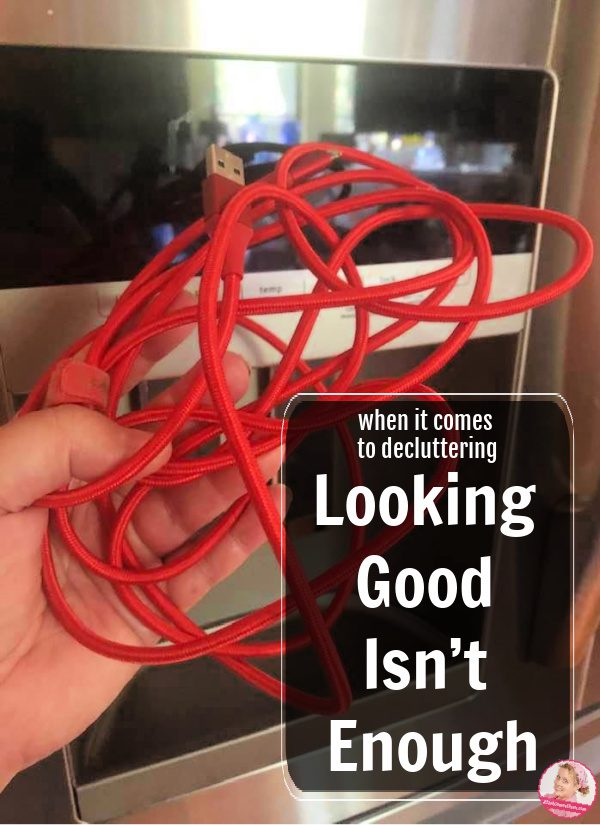