Years ago, I heard someone speak about home organization. She casually mentioned how important it is to ask yourself how much money it is costing you to store something.

I had absolutely no idea what she was talking about.

My house was my house and I didn’t pay “anything” to keep my stuff in it. I get it now, but I also understand that it’s a somewhat ambiguous concept and I understand why it’s harder for someone like me to grasp it.

Here’s the thing. I’m frugal. Ridiculously frugal. This frugality leads to me focusing more on how much I’m saving by keeping something I’ll maybe use than on how much I’m definitely spending on space that then can’t be used for other things.

They are in perfect condition. They are totally reusable. They represent a dream of being the kind of person who makes Christmas cookies (or candy or whatever) and passes them out in tins.

Tins I didn’t even have to buy.

The only issue is that I’d have to store them for a full year. One little ol’ year.

As I moved them from one shelf to another recently, I realized I needed to make a decision. It was time to decide if they were going to stay or go.

Letting them stay would mean:

Letting them go would mean:

There’s cost in storage. Actual monetary cost that comes in the form of a monthly mortgage payment for a space where our family can live and work and relax.

I put them in the Donate Box. I might have to spring for some containers next December, but I’m okay with that.

For one thing, I might not need to. Most years I don’t.

But even if I do, I’d have to buy a few more anyway.

I looked up how much it would cost if I did buy some. This set of four is $15. That seems like a lot more than I’d actually have to spend, but I’ll still use that number.

Not stressing over all the things on the “letting them stay” list is worth $15 to me.

Especially since I saw this much cheaper (and cuter) option that is $5ish for 12.

Did you read my post about the fishing waders that we determined to be clutter after storing them for more than a decade? Those waders were a relic from my bargain-hunting, clutter-collecting garage sale-ing days. I looked up waders on Amazon, and while there’s a range of prices, it looks like we could have purchased some for less than $100.

I bought the waders for $3. That means I “saved” 97ish dollars on them. Or would have saved 97ish dollars if we’d used them. Or if we’d have ever have purchased them for $100.

Honestly, I paid $3 for the thrill of a bargain and the hassle of storing a not-easily-storable item for more than a decade.

Even if those waders ended up being exactly what we needed after all this time, even if they saved the day and brought joy to my husband on that cold January day in 2018, was it worth $97 dollars to me to store them for all those years?

Would I be willing to pay $97 to not have to shift them around every time I needed something from that space in the garage, year after year after year?

Would I be willing to pay $97 to have that much open space in the garage for ten years?

Would I be willing to pay $97 to not have to pack them in a box, load them into a truck, and drive them across the state and then across town in two different moves?

Like I said in the beginning, it’s an ambiguous concept. That means I get to decide what it’s worth to me. And I’m deciding it’s worth 97 hypothetical dollars to avoid the hassle of those waders that ended up being completely worthless.

How do you talk to yourself about these types of things??

* If you read this post and you gave me cookies for Christmas, don’t NOT make me cookies next year because you don’t want to weigh me down with tins. I love cookies. Sugar cookies with icing are my very favorite. I’m totally fine with sticking the tins in a Donate Box. 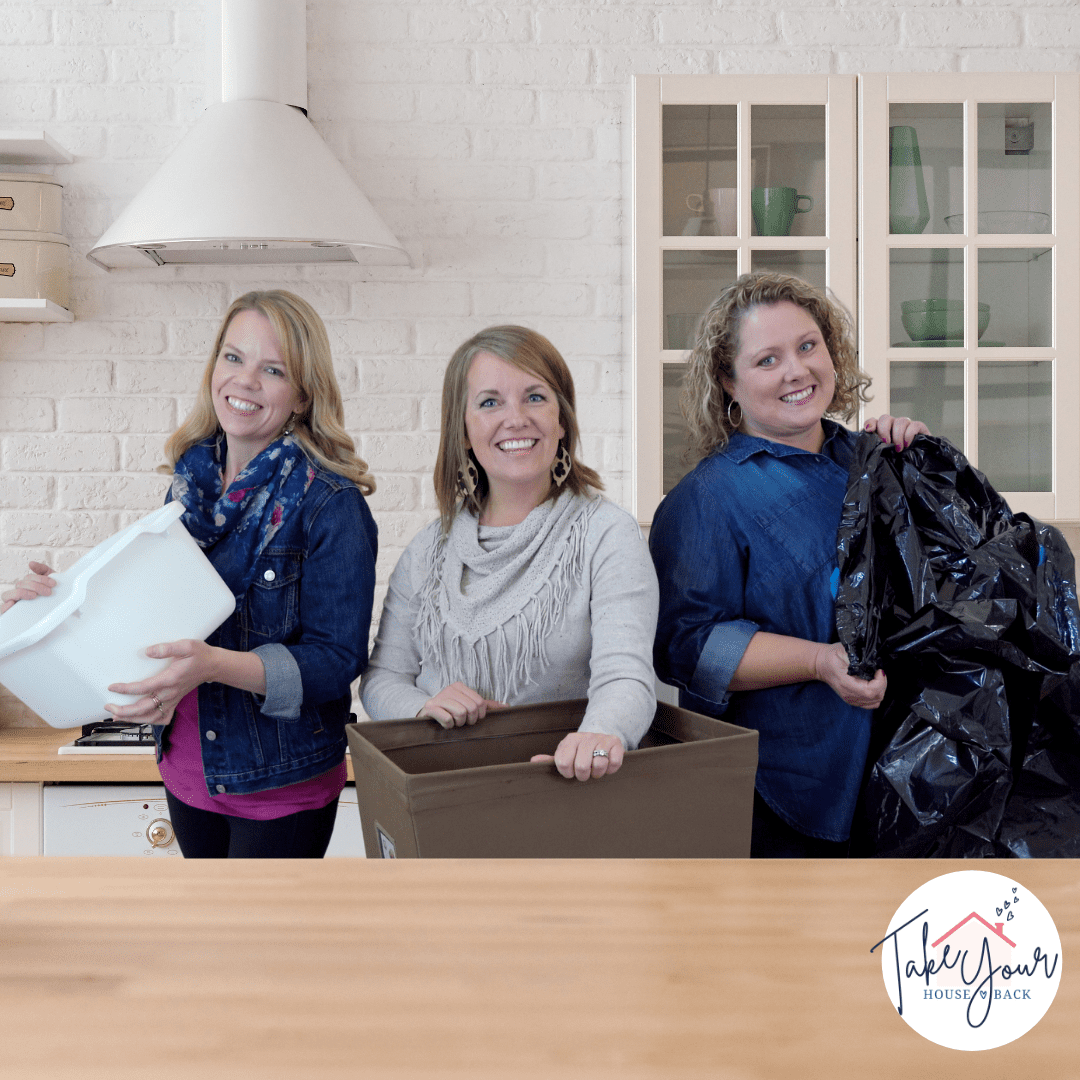 Have you heard? I’ve teamed up with Cas from Clutterbug and Dawn from The Minimal Mom to bring you the course: Take Your House Back! Go check it out!