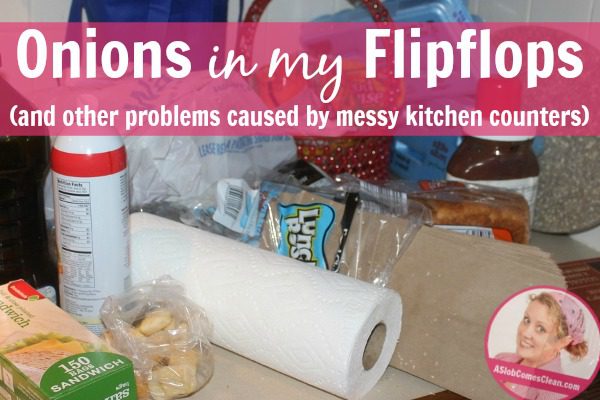 I was sitting in a meeting.

It’s wasn’t an intense meeting, but it wasn’t a take-your-shoes-off-and-figure-out-what’s-between-them-and-your-feet meeting, either.

As I sat, attempting to concentrate so I wouldn’t be incoherent if called upon to give an opinion, I moved my feet in my flipflops.

I’d run out of the house mere minutes before the start of the meeting, slipping on the first pair of flipflops I saw as I left the kitchen. They were silver, and silver matches (almost) anything. In my hurry, I didn’t notice anything wrong.

But as I sat, I felt something. Somethings. Between my feet and the flipflops. Many very small somethings, and I tried to think what they were.

Had I crossed a bed of nails? Pushing the bottom of the shoe up into tiny bumps? Had I left the flipflops outside and the soles bubbled up in the Texas sun?

Surreptitiously, I slid them off and glanced down. Whatever it was was white.

And I still had no idea.

Then, the next morning, as I made lunches, grabbing chips and bags and such from the corner of my kitchen countertop that tends to re-clutter oh-so-easily, I saw a pile of onions. Technically, it was a pile of dehydrated onions, which is why I hadn’t smelled them first.

While throwing together dinner in time to eat before I needed to leave for the meeting, I’d searched for onions and grabbed these when I saw them. They were in a pile of stuff, and probably that’s why I didn’t realize the lid wasn’t actually attached. 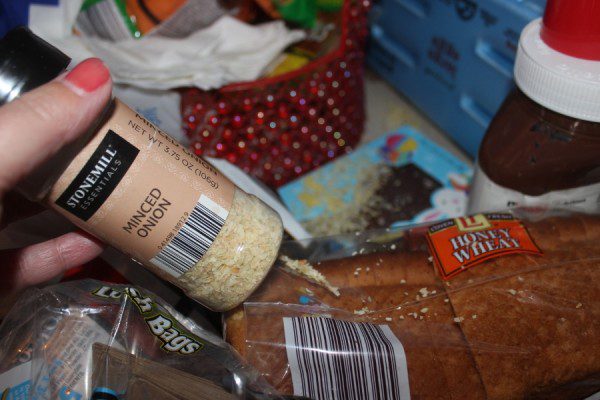 But obviously, I missed a lot. 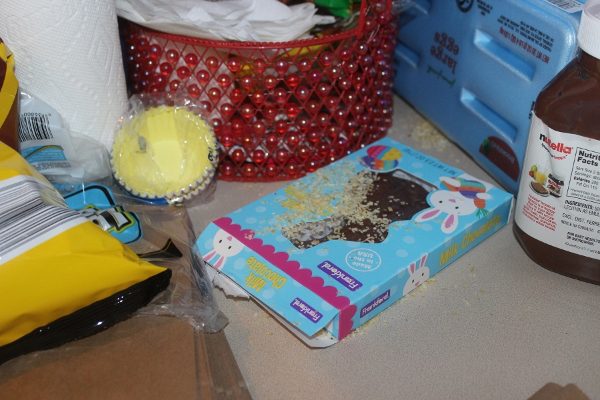 For the same reason I missed the fact that the lid wasn’t on them: I couldn’t notice Onion Details in the midst of a big pile of stuff.

That’s what happens when I let this space get/stay cluttered. I don’t see things. I miss obvious clues that cause big messes. I was completely unaware that I’d created an even bigger mess under the main mess. And the new mess made it harder to deal with the main mess when I suddenly realized it was time to tackle this corner again.

I took a whole less-than-five-minutes and threw trash away, moved things to the cabinet below (where they actually go) and: 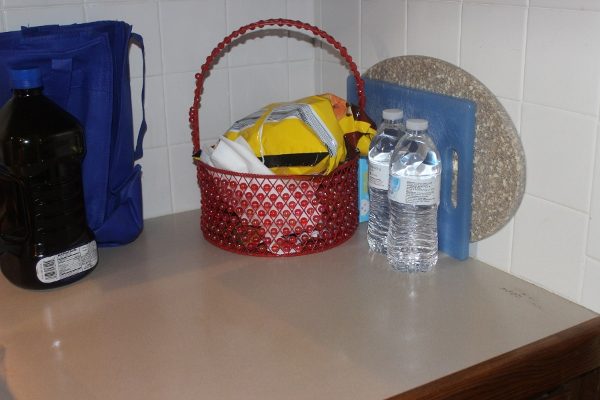 Aaaaaah. Much better. Much easier for onion-spotting, don’t you think?

Don’t use dehydrated onions? They’re awesome. Since we like a little onion flavor but can’t handle chunks of onions, I just sprinkle some into a recipe when it needs onion flavor. And they sit in my cabinet, waiting until I need them without going bad. And they don’t make me cry. If you aren’t sure what I’m talking about, here is my affiliate link to some on Amazon, though I’m not convinced that’s a good price. I think I usually pay about $1 for a regular-spice-sized container.

Don’t understand the egg cartons? Me neither. I think they’re ones Hubby plans to take to work to give to someone who has chickens. I guess he considered this a good spot. It’s not. Hubby, if you’re reading, I put them by your work bag in the dining room. Please don’t ever shove them in this corner again. Your Slob Wife can’t handle it. I love you. 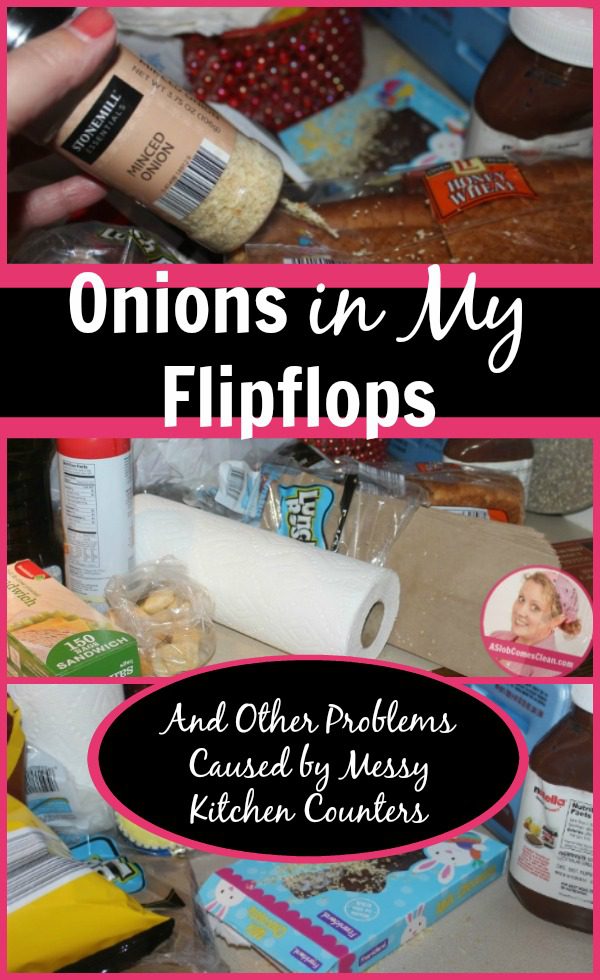