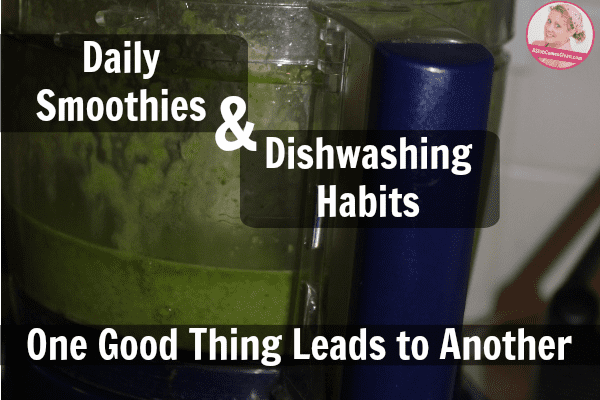 Do you know the most intimidating part of daily smoothie-making? (Now that I’ve realized I really CAN’T taste the spinach/kale and don’t have to hold my nose on the first sip.)

After about a week of the strangely-addictive drinkable veggies/fruits, I had a moment of profound thankfulness that this new habit is even possible for me. Pre-blog, it wouldn’t have been. I might have tried a few times, but after a few days of digging out and handwashing the blender, and more than a few days of not bothering because I didn’t feel like excavating the very-possibly-slimy blender from the pile of dirty dishes, the smoothie habit would fizzle.

Yay for this habit making it almost a month now because the dishwashing habit has made it almost seven years now.

But since I know that no good habit is unbreakable in this house, I also appreciate how the smoothie habit encourages me to stay on top of the dishwashing habit.

There have been a few days over the last month when I almost justified not running my dishwasher before heading to bed. There weren’t enough dishes to justify a load (an old excuse I’ve proven wrong time and time again), or I was convinced I was too tired. But seeing the food processor in the sink urged me to load and start the dishwasher. I know (from experience) that it will only take me five minutes to load the dishwasher, and I know (from experience) that I’ll love the feeling of being able to take the food processor out of the dishwasher and make my smoothie without any hassle at all. 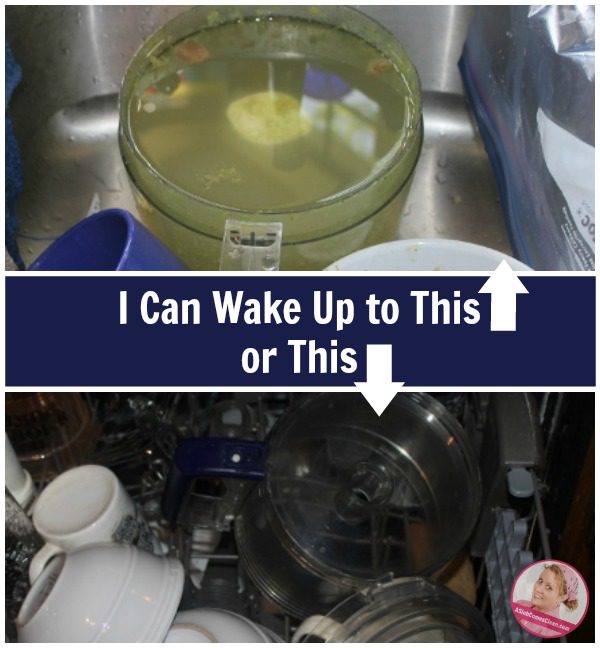 One habit lets me do the other habit.

The other habit encourages me to keep up with the first one.

And that’s how it goes. So (so so so) many homemaking tasks build upon one another. Getting laundry under control opens my eyes to the reality of our family’s clothing clutter. Keeping up with dishes lets me try new recipes in my clean kitchen. Ready-to-go freezer meals free up time for decluttering.

Yay for one good habit helping out another.

I get my smoothie recipes from Simple Green Smoothies! 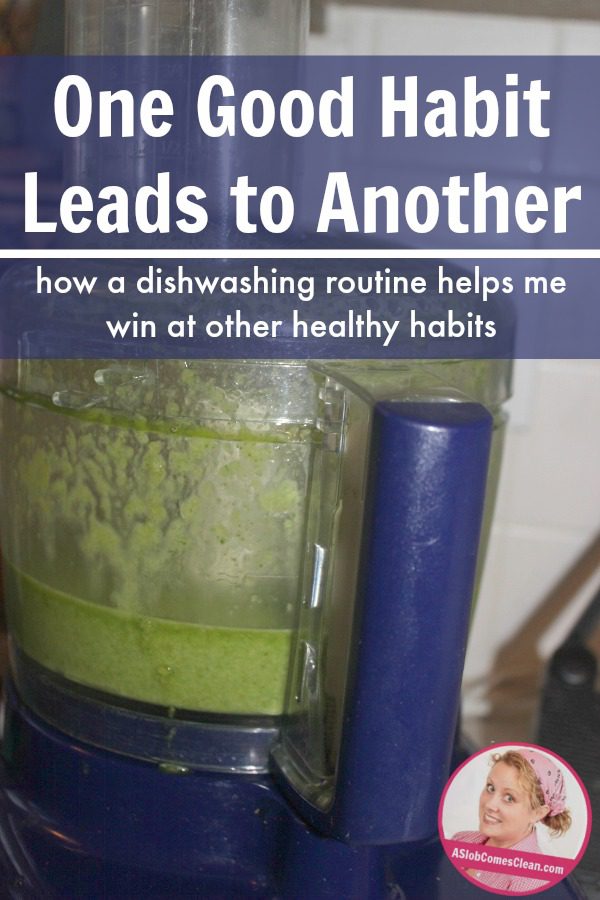 Read Newer Post What I Can Give You (And What I Totally Can’t)
Read Older Post Homemaking Resources Galore!