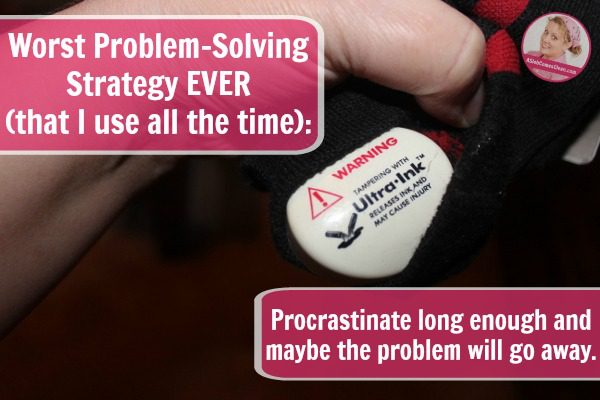 About a year-and-a-half ago, I learned something.

What I’ve never considered an important fashion statement in my own wardrobe has turned into a high dollar industry. What used to be a type of specialty socks for people with diabetes (tight and something you have to get used to) now have pictures or stripes or logos that make them all the rage with fashion-conscious boys.

And even with some who really aren’t so fashion-conscious, like mine.

But my poor boys still have the same penny-pinchin’ mama who can’t justify shelling out $20 (or more) for a single pair of socks, so they depend on Grammy to add such extravagances to their lives.

A year ago Christmas, she did just that. (That’s fourteen months ago, to be clear.)

But one of the pairs of socks had a problem. My mother is honest to the core, so I know it was a mistake on the store’s part, but one pair was still fastened together with a security dealy-whomper. And not just a regular dealy-whomper, but an ink-spraying dealy-whomper.

Which means there was no hammering or sawing or other type of round-about removal possible.

I needed to take the socks back to the store to have the dealy-whomper removed. But every time I picked them up, thought about sawing and then saw (once again) the warning about exploding ink, my heart sank and the weight of my feet increased and I set them back down on the cluttered dresser and felt the guilt of a mother wasting a perfectly-good-if-not-for-an-exploding-dealy-whomper pair of ridiculously over-priced socks.

After repeating this scenario at least six times over the fourteen months, I happened to look at the size last week. 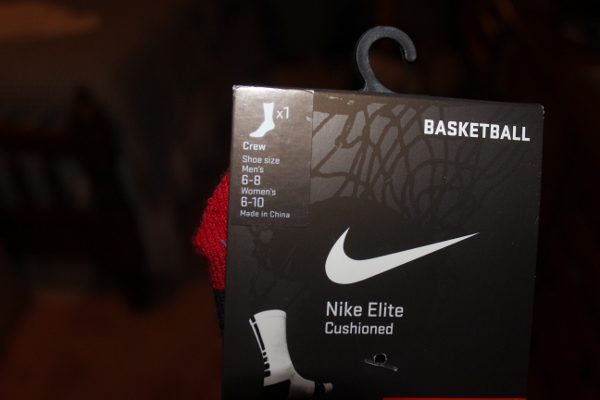 These dealy-whompered socks no longer fit!!!! And the guilt is gone.

Let’s hope someone who pays 50 cents for them at a thrift store has a little more follow-through than I do and is willing to take them somewhere where the exploding theft-preventer can be removed.

There’s no moral to this story. If there was, it would be: if you procrastinate long enough, sometimes you get lucky and the problem goes away.

But that’s a terrible moral.

So really, it’s just a story.

For detailed guides, check out my books: How to Manage Your Home Without Losing Your Mind and Decluttering at the Speed of Life.