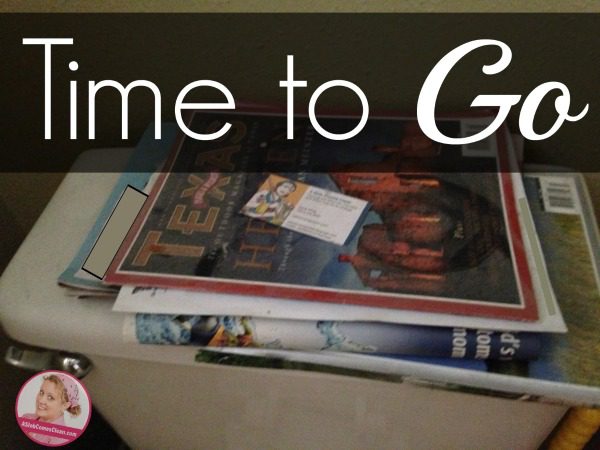 Last week, we had Potty Problems.

Potty Problems that meant we had to call the plumber.

Potty Problems in the master bathroom.

In case you are new around here, just know that letting random non-immediate-family type people walk through the master bedroom and INTO the master bathroom is cause for major heart palpitations.

I breathed in through my nose and out through my mouth (that’s supposed to be calming, right?) and reminded myself that at least the master bedroom was walkthroughable since I’d had to let the Bug Man in the week before for our yearly termite inspection.

Somehow, I was caught off guard when the plumbers called to say they were on their way. I knew they’d promised to work us into their schedule. I knew they are awesome about actually doing that when they say they will.

But I didn’t go look in the bathroom until after the ten-minute-warning phone call happened.

Honestly, it could have been worse.

It could definitely have been waaaayyyy better.

But it could have been worse.

After grabbing random clothes and throwing them onto the laundry pile, I looked at the toilet. The actual space where Mr. Plumber Man would spend his time.

And that was when I saw the pile o’ magazines.

But as ugly as it was, that blanketing of dust helped me. I saw no reason whatsoever to hem nor to haw.

I didn’t worry about which nugget of information I might NEVER ever learn.

And even though I didn’t see those magazines sitting there before, I now see them NOT sitting there. It’s strange how that happens.

Oh. You’re wondering what that equally-dusty card on top of the pile is? It’s my very first slob-blogging business card. I have no idea why/how it ended up there. It’s gone now, too.

And yes, I dusted the toilet after that.

Random but not-totally-random affiliate link of the day:

I used one of these microfiber cloths

to dust the toilet really quickly just as the plumber was ringing the doorbell.