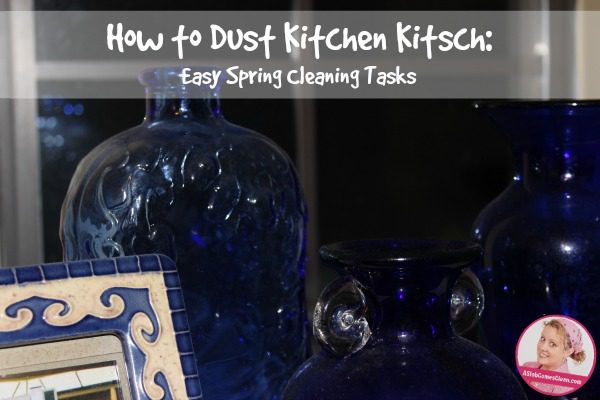 Oh how I love that word. Along with tchotchke. (Which my spell-check says isn’t a word but Wikipedia says is.)

I first heard and said “kitsch” in an audition monologue I used to do in college. In case you’re not familiar with these lovely words, they basically mean . . . stuff.

I don’t have tons of dustables (on purpose) but I do have a rather lovely collection of blue glass kitsch. (Which isn’t really kitsch since kitsch technically means distasteful or hokey. I just like saying kitsch. Can you tell how much I like that word? Kitsch?)

So to dust kitchen items, I run anything that’s dishwasher safe through the dishwasher. I know. So insanely simple, right? So obvious, right? Except that it took me a while to realize it. So I’m sharing. 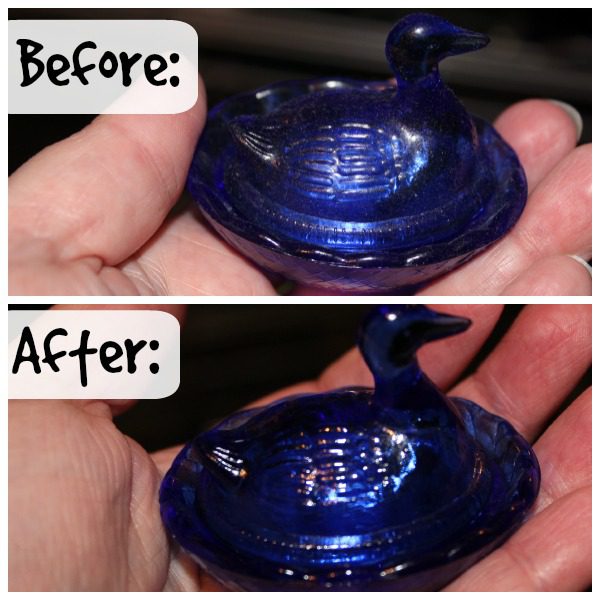 My kitsch could have been even shinier if I had hand-washed, and I wouldn’t do this with hand-painted, not-safe-for-the-dishwasher stuff, but I was able to run one little extra load and have my kitchen display area (which I despise dealing with due to its insanely-hard-to-get-to location) look significantly better.

That’s my kind of spring cleaning. Read Newer Post Half a Second or Half an Hour. My Choice.
Read Older Post How to Deal with Sentimental Clutter