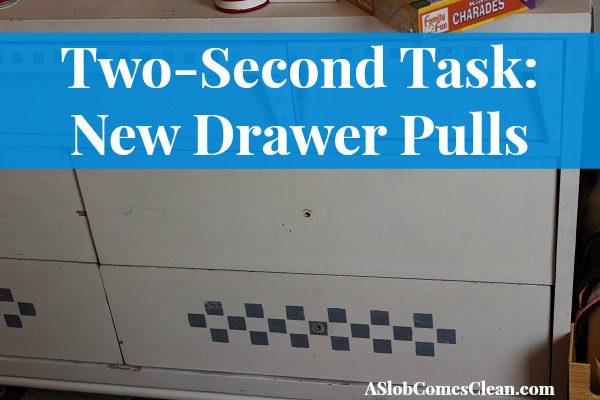 I haven’t posted a two second task in a while.

I have to post this one. OH my word, how irritated I get with myself for putting off such SIMPLE things.

This dresser was mine as a child. When I was decorating my first child’s nursery, my mother repainted it for me.

In white. But the old drawer-pulls-from-the-70s were off-white.

So I bought some really cute ones with blue-gingham checks on them. But the blue wasn’t quite the same blue. So I planned to return them. (But ended up decluttering them years later instead.)

Meanwhile, I grabbed some cheap and lousy plastic white ones that were waaayyyy too easy for my kids to twist off.

And then I gave up.

With drawer-pull-twisting-off being a favorite pastime around here, I just didn’t see the point in getting new ones.

And painted dressers show the effects of not having drawer pulls.

But while decluttering the kids’ rooms last week, I realized the error of my ways and then actually remembered to stop by Home Depot and grab four new drawer pulls while we were out. 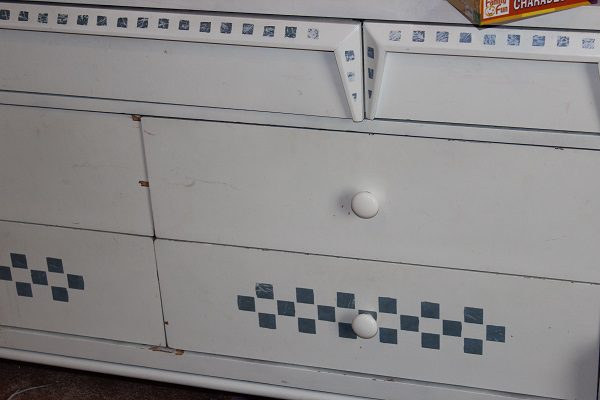 Which cost me a whopping eight dollars.

And now those drawers can open and close as needed, without breaking fingernails or grunting or groaning or anything like that.

(And all children have been properly threatened about drawer-pull-twisting.) 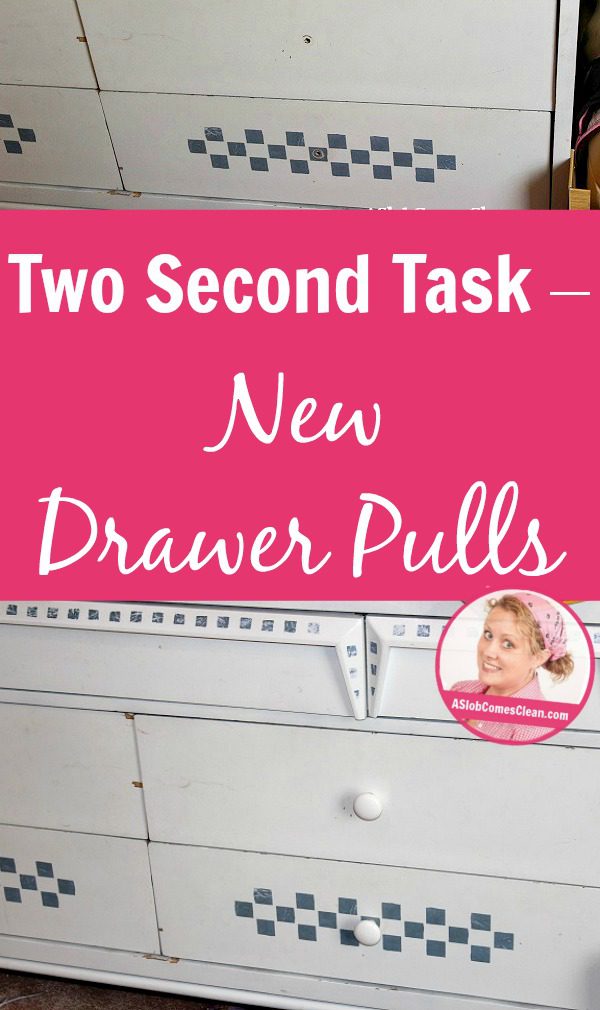