I shared in the Series Finale of the Master Bedroom Saga last week that I spent part of that final day decluttering the dresser.

It was its own project, so I am giving it its own post and webisode.

Basically, I had things in my drawers that hadn’t been worn in forever. All of the stuff piled on top of the dresser was the stuff I actually wear.  But . . . I couldn’t fit the good stuff in the dresser because the bad stuff was taking up all the drawer space.

When the room as a whole was a disaster, it wasn’t really that big of a deal for the dresser to look like this: 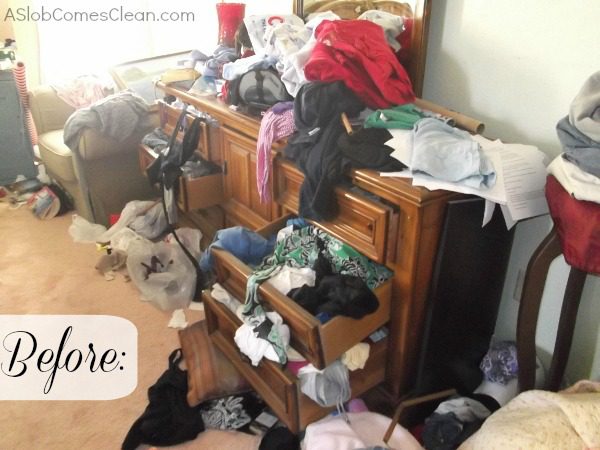 But if I was going to tackle the whole room, something (obviously) had to be done.

I had looked through these drawers many times, and hadn’t been able to part with certain never-worn items because of their sentimental value. 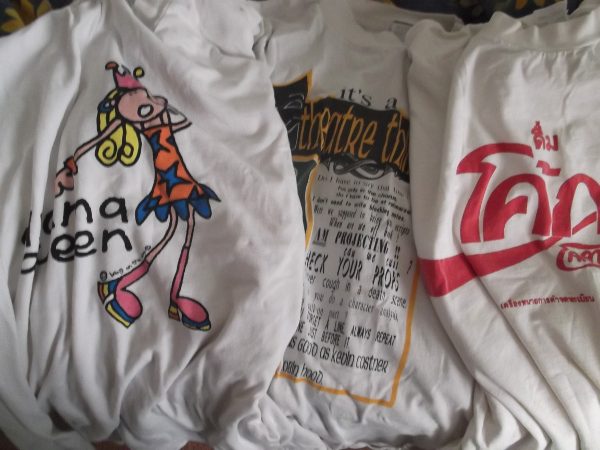 I bought the one on the left in London when I traveled there to visit a friend about a year after I graduated from college.

I bought the one in the middle at a Theatre conference when I was in college.

I bought the one on the right when I lived in Thailand.

See how they each have special memories attached?  See how they’re each more than fourteen years old?

But I was ready.

I had so thoroughly enjoyed my mostly-decluttered master bedroom for two months last fall.  These t-shirts were taking up precious drawer space, and that lack of space was the cause of a major eyesore in the room.

I was finally ready to part with them forever.

Memories are great, but a livable Master Bedroom is better.

In the end, I decluttered more than I kept. 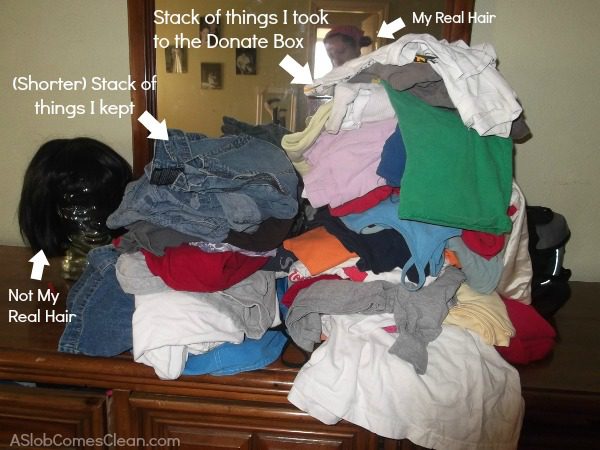 I even ended up with an empty drawer.

And I wasn’t tempted to go back through the stack of decluttered stuff and pick out a few things to keep. . .

And here’s the after shot: 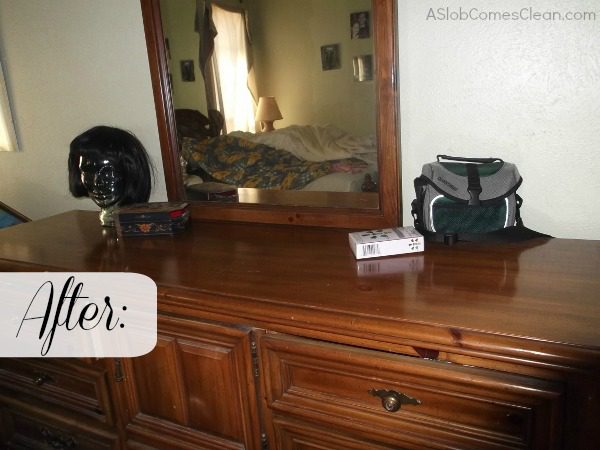 I really wish I’d made the bed before I tackled the dresser.