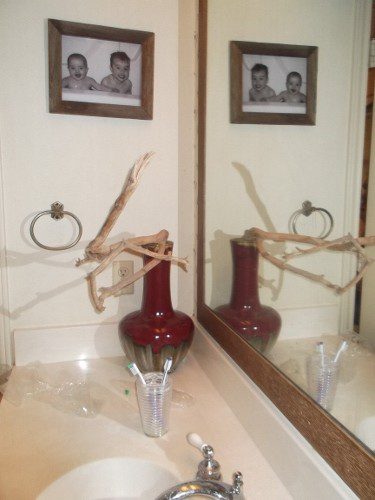 With yesterday came the return of routine.

Since Thanksgiving, we had been pretty routine-free around here.  Some of that was because of crazy heart/soul/mind/energy-consuming things like traveling and directing plays and writing e-books and such.

And then there were those little things called “Christmas” and “New Year.”

I mean, who cleans bathrooms on Christmas Eve??

Especially when the family members who were supposed to come over had to cancel because of sickness . . . .

So while the past several/who-knows-how-many Tuesdays have passed by without the words “Bathroom Day” ever entering my brain, last night it hit me.

A whiff wafting from the open door of my kids’ bathroom.

My boys’ bathroom that I’ve been pretending didn’t exist for, ahem, a while.

There was actually a moment over Christmas break when I needed to, well . . . go.  My master bathroom was occupied as was the half bath in the gameroom.  I panicked.  It’s a rare thing, even with our family of five, to not have an available bathroom in this three-potty house.

Wait.  Oh.  That’s right.  We do have three potties.  And one was even available at that moment.

It’s just that I never, and I do mean never ever, use that bathroom.

And my self-diagnosed Time Passage Awareness Disorder (which worsens during periods of tunnel-vision) had flared up excessively of late.

Which meant that never-to-be-used-by-me bathroom was worse than usual.

Which meant I was more than willing to cross my legs and let my eyes water a little until one of the other two potties was free.

So this morning, even though I could think of a thousand-ba-jillion totally logical and legit reasons to pretend it wasn’t Bathroom Day, I got over it.

And lo and behold, they look and smell ever-so-much better.  And it took me less than 40 minutes to clean all of them.  Not “Who wants a tour of my entire house?” clean, but “Aaaahhhh, doesn’t it feel good to be home?” clean.

And that is why I have a Bathroom Day.  To keep “Cleaning Bathrooms” from being a task that gets repeatedly pushed to the bottom of a never-ending To Do List.  To combat my Time Passage Awareness Disorder and make me face the reality that it’s been more-than-two Tuesdays since I cleaned bathrooms and that another week of purposeful oblivion might require the use of special hazmat equipment in that particular bathroom.

Oh.  And I even decluttered.  See that humongous branch sticking out of the red vase?  The branch-vase-combo has been there a long time and was officially getting on my nerves.

So I decluttered it. 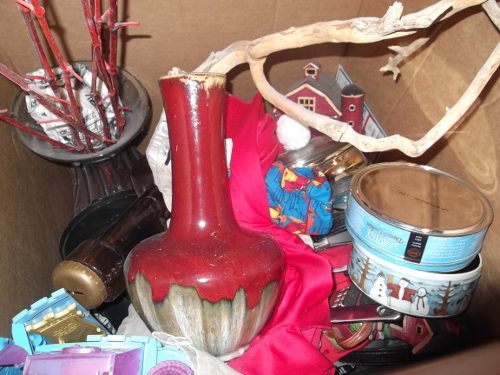 Just like that.  Stuck it in the Donate Box and smiled a little smile of victory. 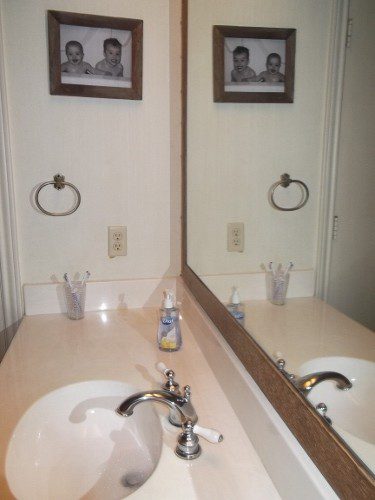 For detailed guides, check out my books: How to Manage Your Home Without Losing Your Mind andDecluttering at the Speed of Life.