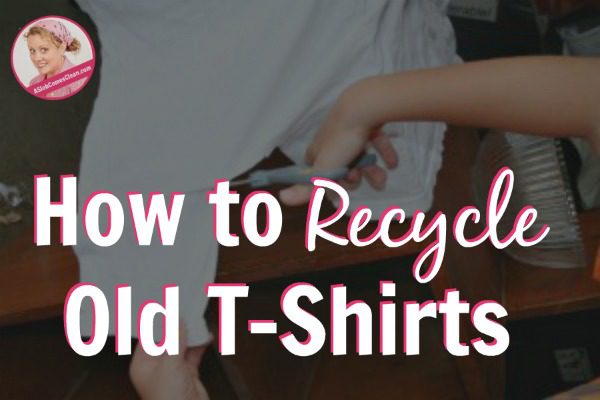 How is it possible that a ratty old t-shirt can hold so many memories? 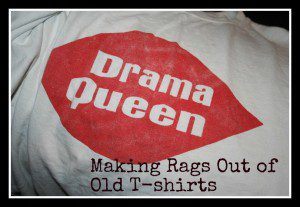 I can’t count the number of times I have almost placed a favorite t-shirt in the trash or the donate pile . . . only to put it back in a drawer.

But I recently had a moment of clarity as I was folding the above favorite-but-too-ratty-to-even-think-of-putting-in-my-garage-sale t-shirt.  If you live in Texas, you recognize the symbol and the irony.  (Do you have Dairy Queens where you live?)

While folding, I was listening to Money Saving Mom’s book.  In one of the lists of ways to save money, she mentioned cutting out paper products as much as possible.  One idea was to create rags out of old t-shirts.  It was a quick tip, but significantly mind-changing for me.

Not so much as a way to save money, but as a way to break through my sentimentality.  For some reason, placing this beloved t-shirt in the trash was saying it no longer meant anything to me.

That it was completely and totally useless.

And that felt disloyal.  Irrational, but true. 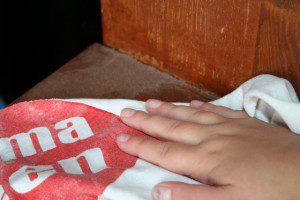 Somehow, giving this t-shirt purpose . . . helped me break through that strange guilt that I tend to feel over inanimate objects. 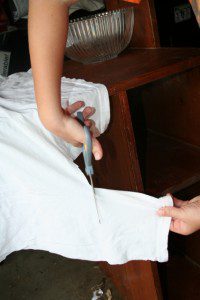 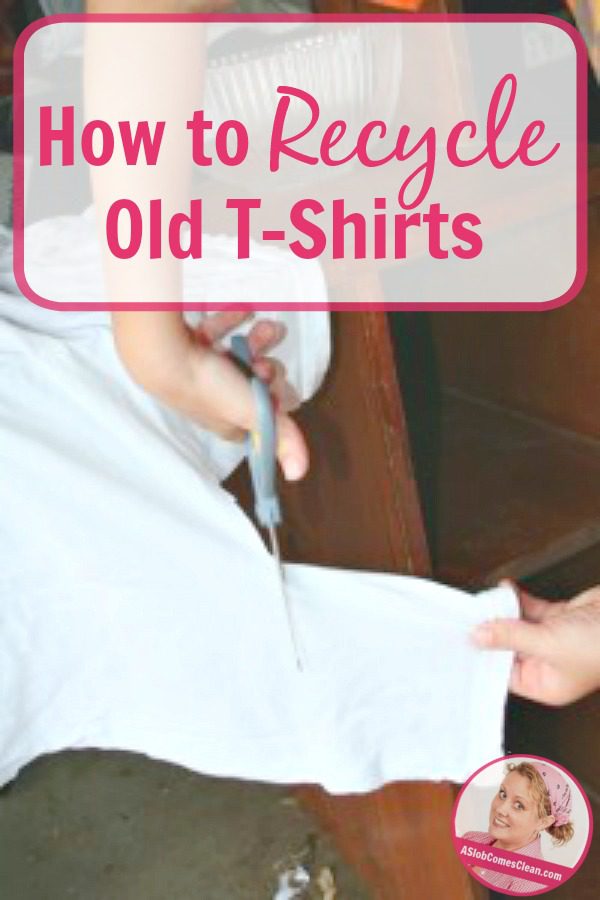