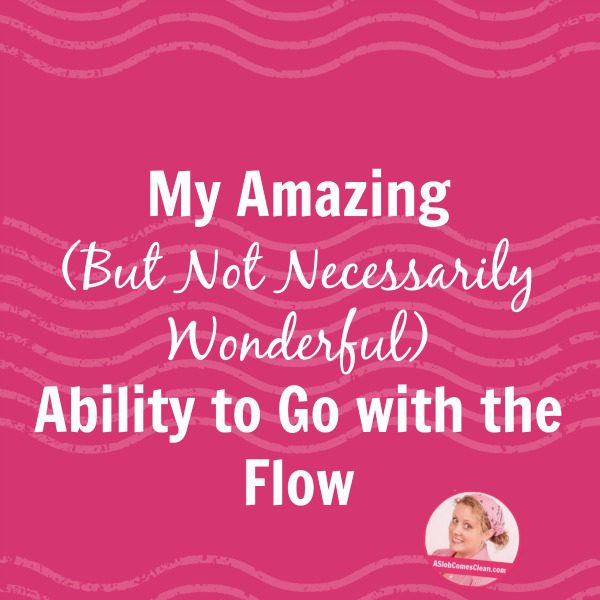 Forty feet away, his features obscured by the bright sun gleaming through the window behind him . . .

The shape, the color, the way the collar rested on his shoulders . . . I knew.

No confusion, just clarity.  I knew exactly what had happened that morning.  Even though he didn’t understand it himself.

See, I left the house at 7:15, leaving my wonderful and overall-very-capable husband to get the three kids ready and to church by 8:10.

Last night, I purposefully chose my daughter’s dress and matching sandals.  I placed them carefully over the chair and repeated the phrase “THESE shoes. Don’t come to church in any shoes but THESE” over and over.  And over.

I mistakenly believed that since my boys have so many fewer choices, I was safe to shirk my outfit-choosing-responsibilities for them.

But I forgot about the shirt. The girl’s uniform shirt hanging in their closet.

My daughter doesn’t have to wear a uniform to kindergarten, but someone had given her a few uniform pieces in a bag of hand-me-downs.  After washing it, I absentmindedly hung the shirt in the boys’ closet with the rest of their shirts.

I generally pull clothes for them to wear each morning for school, since they tend to be rather unaware of what they’re putting on.  (Hence this post.)  I had seen the shirt hanging there, but I knew to avoid it.

Out of place items don’t get on my nerves, I just work around them.  I go with the flow.

But I was tired last night.

And running late this morning.

Here’s the thing.  I knew that shirt was in their closet.  I knew it wasn’t supposed to be.  But I have this amazing ability to work around stuff like that.  It doesn’t bother me because I can just avoid it.

The other people who live with me?  Not so much.  And then something like this happens.  As it always . . . eventually . . . does.

I’m guessing the extreme adaptability that serves me well in other areas of life . . .  is also part of my slob-problem.

Thankfully, I was finished early with music rehearsal and had just enough time to run him home to change before the service started.  And thankfully, he forgave his absentminded mama.

Read Newer Post I Was NOT Planning to Do That Today
Read Older Post Baseball Season’s Coming Soon!