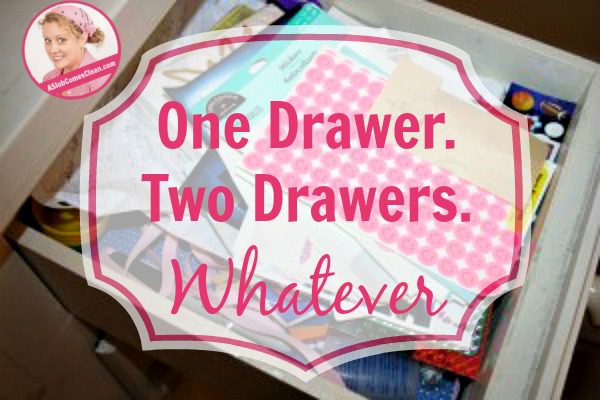 It’s been a busy week, and after the 90-minute transformation of my master bedroom . . . I really didn’t feel like decluttering any more this week.

But then I remembered Simple Mom’s Project Simplify and checked what the area of focus was for this week.  Closets, drawers, and counters. 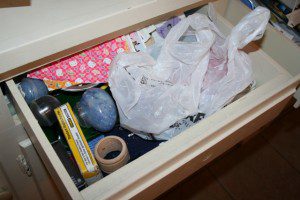 I kind of took it as an “or drawers” though, and decided that I could force myself to do one drawer.

Besides, I’ve pretty much decided to have a garage sale in the next month or so, and that means I need to be more purposeful about going through hidden places that tend to collect totally useful stuff that I don’t actually need.

Soooo, I chose a small drawer which rarely gets opened and is between two other drawers that rarely get opened.

I was determined to do just one drawer.

I got out my sorting supplies, and made quick work of the first drawer.  Like, five minutes of quick work.

Mostly, I removed crafty stuff.  I suffer from Delusions of Craftiness, but a lot of this was stuff that I did use at one time.

There were quite a few bow-making supplies.  I could fully let go of that delusion since it’s a rare day when my almost-six-year-old daughter wants to wear a bow. 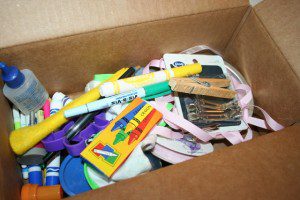 Then there were the stickers.  The stickers were the reason I ended up doing two drawers. 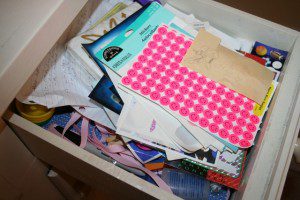 The answer to my first (of only two) decluttering questions is that I would look for stickers in this/these drawers.  One or the other.  Or one and then the other.

I had no problem shoving the few sticker sheets into the other drawer and calling that progress.  But when I opened that blankety-blank “other” drawer to do the shoving, I saw how it really needed the same treatment.

In another three minutes, the second drawer was done.

Basically, I got rid of everything except some (truly) keepsake Valentines, a super-awesome cheese server thingy I got in New Zealand back in my single-girl-world-traveler days, and the glue gun. 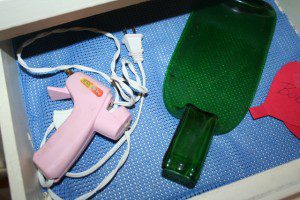 Oh, and the stickers. 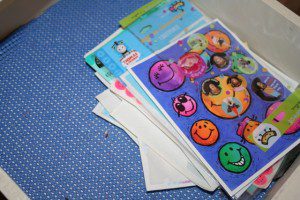 There you go.  Two drawers done in about eight minutes.

One more small box of clutter leaving the house.

Oh, and there’s a new Swagbucks sign-up code that will get first-time sign-ups 70 bonus swagbucks if they enter the code DURING the sign-up process!  The code: MARCHSWAG

Don’t know what Swagbucks are?  Go here to read my explanation.  (Any links to swagbucks from this site are my referral links!)