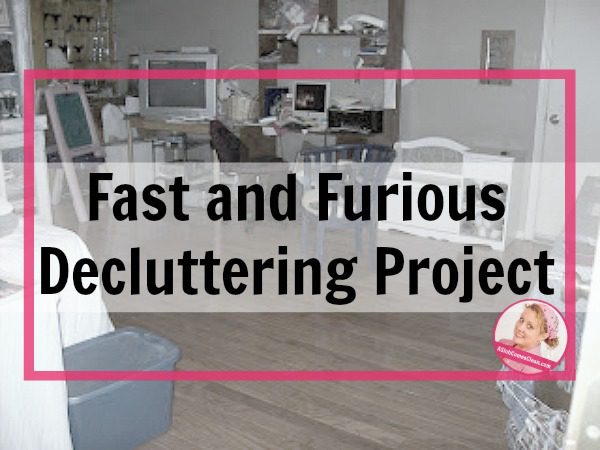 Last week, I shared my One Shelf Project from the week before. The project that I had desperately hoped was just a small piece of the big picture.

Last week, I shared my One Shelf Project from the week before. The project that I had desperately hoped was just a small piece of the big picture.

The big picture for this room in need of serious decluttering. 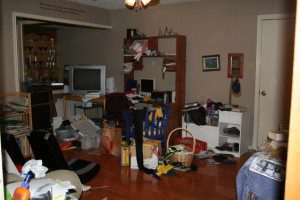 My brilliant plan was foiled before it started, since I had scheduled a sleepover for my son.   A sleepover that I forgot until two days before.

A sleepover that had been planned for this room.

I was forced to scratch the little-by-little idea and start some fast-and-furious decluttering with the goal of getting this room usable.

Anyway, I had 45 minutes to work, so I literally ran all over the house putting things back where they were supposed to go. 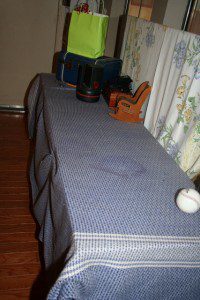 In another five minutes, I cleared the wow-what-a-great-place-to-throw-anything-and-everything-as-we-come-in-from-the-garage sleeper sofa. 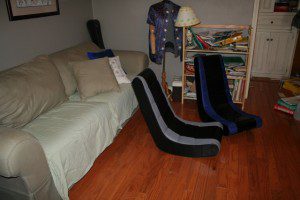 Don’t look at the bookshelf.

My biggest frustration was this pile: 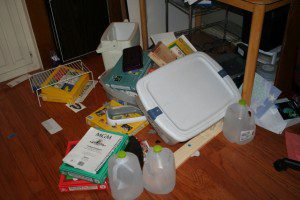 I THOUGHT it was all preschool learning stuff.  Because I assumed that, I avoided this pile because it was so big.

I also am not quite sure what to do with this stuff yet.  My youngest is in kindergarten, and MIGHT still need some of it.

Anyway, because I thought the pile of decisions was humongous . . . I  avoided it.  Once I dealt with the pile, however, I saw that that big white box on top was full of office supplies.  I have no idea when that box ended up in that pile.  I was more than irritated to realize how much smaller and easier-to-deal-with the pile was once it was gone. 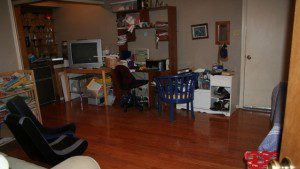 Here’s the room after 45 minutes of fast and furious decluttering (and webisode making).

Far from grown-up-company ready, but perfectly usable for two boys to have their first sleepover.

If you’re reading by email, click through to see the newest decluttering webisode!

I’ll be linking this up over at Orgjunkie.com’s 52 Weeks of Organizing. 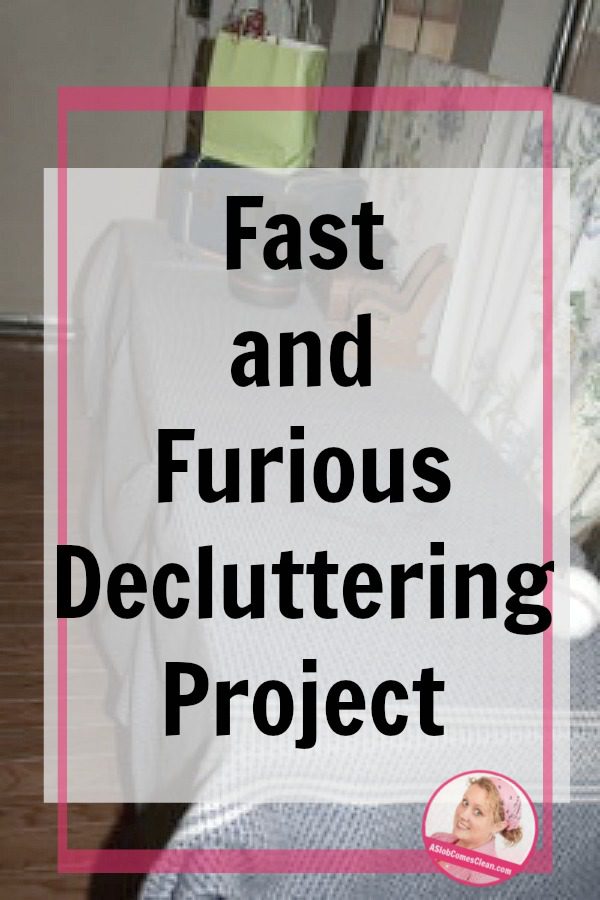