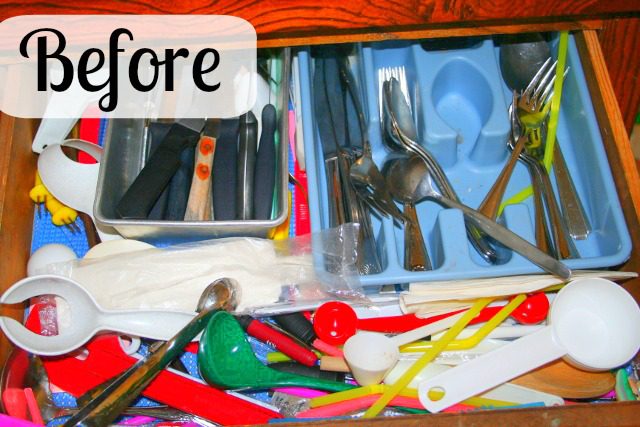 This drawer has been making me crazy.

It’s the drawer that makes me appear to be a neurotically over-zealous host.  While in fact, I’m just neurotic.

When a casual serve-yourself-from-the-stove guest asks where the forks are . . . and my husband accidentally tells them . . . . I find myself knocking people over to get there first.

So today, I cleaned it out. 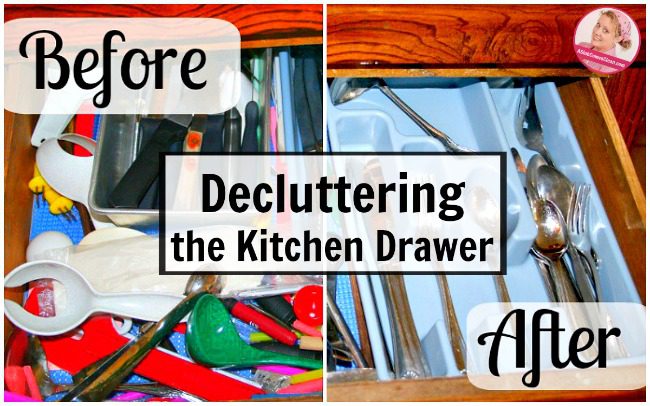 I heard Peter Walsh recommend that for a drawer like this, you should dump everything in a box and leave the box on the kitchen counter for a month.  As you need things, you take them out of the box and put them back in the drawer.  At the end of the month, anything left in the box gets thrown out or donated.

Great idea . . . except that I suffer from a Time Passage Awareness Disorder and the box would probably sit there for . . . much longer than a month.

And I would forget why the box was there and pile more stuff in it, around it, etc.

I pulled everything out of the drawer and found all sorts of crazy things.  Things like fistfuls of gathered-from-restaurants plastic cutlery (from the days when I couldn’t trust myself to have clean forks on hand).  Things like doll silverware, and hot glue sticks, and box tops, and this: 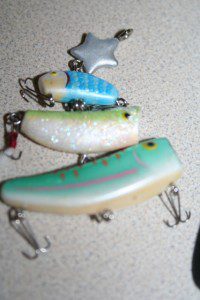 Thankfully, that’s not an actual fishing lure.  It’s just a Christmas ornament made of fishing lures.

Which is so much better. 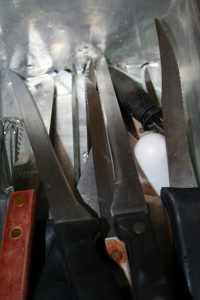 And it turns out that the bread pan where I stored them, that I had assumed was too short for the knives, wasn’t actually too short. 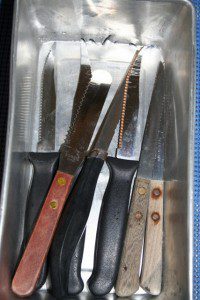 It was just too short for the overabundance-of-knives-all-shoved-in.

Too bad I didn’t figure that out sooner. 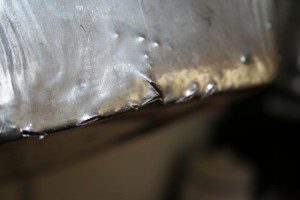 Anyway, I washed the liner, cleaned out the organizer, and put back only the things that I decided we really needed, and that actually went in the drawer.  (There were LOTS of things that should have been on the other side of the kitchen in the drawer next to the stove.) 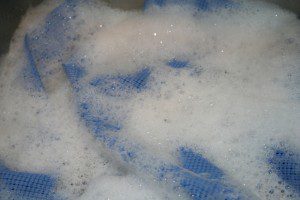 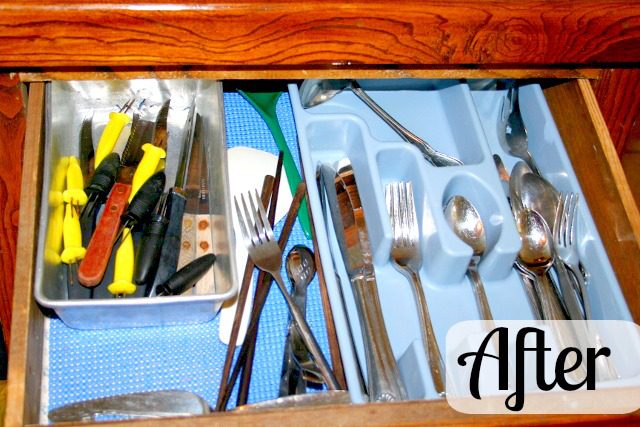 Not perfect . . .  but ever so much better.  I now realize that I need to get a new organizing system for this drawer.  I knew that this one didn’t have the spaces we need, but because the drawer was such an overall disaster, I didn’t feel like I could make a real judgement call on it.

Just proves what I have learned over and over.  Declutter first, then organize.

And I made my first Decluttering Webisode!!!!  If you’d like to see this project in video form, go check it out! 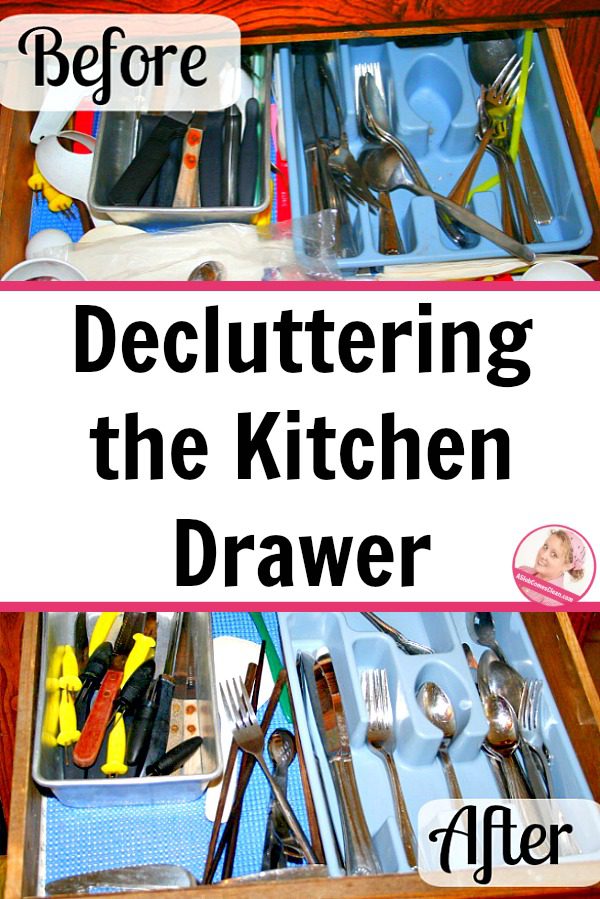 Read Newer Post How to Clean Up Your House When the Doorbell ISN’T Scheduled to Ring
Read Older Post Two Years Down . . . A Half-Century (or So) to Go