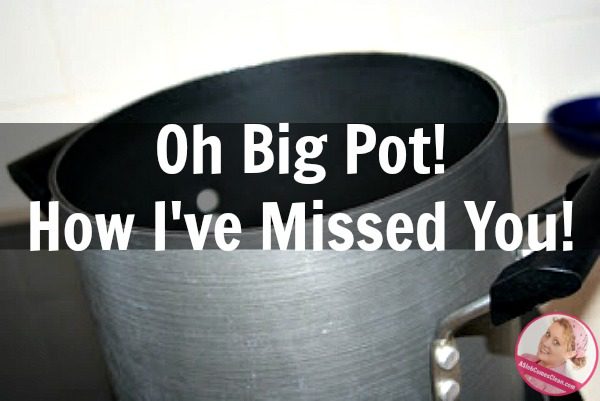 My big pot, the one I use for pretty much everything, had been missing for over a month.

OK, so “missing” doesn’t really describe the situation with accuracy. 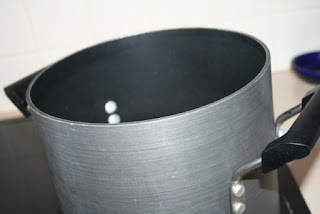 It was stuck in the back of the fridge, full of very old Tortilla Soup.

See, I love tortilla soup.  I always make a double batch and freeze it for another meal.  But this time, I somehow left it out all night, forgetting to get it into the freezer.

Or even the fridge.

I justified that the house was rather cold, and it is a very acidic soup, and maybe it would be okay.

I normally would have pitched it, but I LOVE this stuff.

So, obviously, I had to eat a bowl the next day for lunch, just to see if it was poisonous.  If I went ahead and froze the soup, I’d never remember its potential fatal qualities . . . . and might accidentally feed it to the entire family.

I had to be the tester.

But . . . having lived in Bangkok for two years, I know a thing or two about food poisoning.  Six hours is the rule.  If it’s the food that’s banishing you to the bathroom, it’s going to happen six hours after you eat it.

So, obviously, I couldn’t freeze it until six hours after my lunch.

Six hours is a very long time for this brain to remember that there’s something in the back of the fridge.

Six days later, I may have remembered it.

But of course, did nothing about it.  Over the course of the next SIX WEEKS (at least), I thought about it many times, when I needed the pot, but was afraid to look inside to see if anything was growing in it.

I knew that eventually I would have to deal with it, so I was overly happy when hubby took on the job and did it for me.

I’ll be linking this up to I’m Lovin’ It over at Tidy Mom.

Because I love that pot. 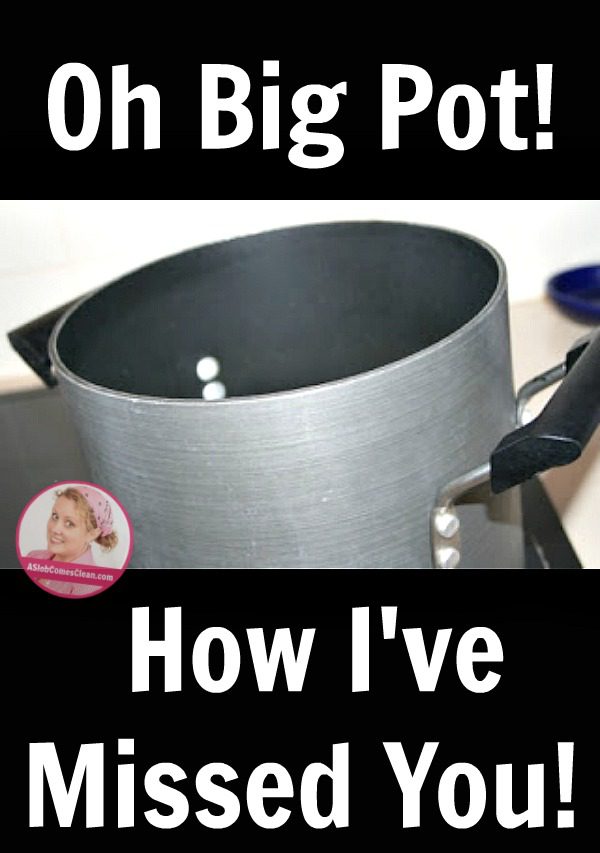