So I’m loving laundry day. Mostly the lack of the nagging I-should-be-doing-laundry-right-now feeling.

It’s an almost perfect plan. Focus for one day. Forget it – sans guilt – for the other six. I’ve even proven that I can do it on days when we have a field trip to the zoo. Nothing’s stopping me now, right?

That’s my daughter’s room. And here’s the part where I live up to my promise of honesty. That picture was taken after the room was half cleaned up. Meaning . . . anywhere you see carpet in the picture was covered with stuff.

I noticed on Sunday night when I was gathering up the laundry that I didn’t have a very big pile for “lights.” You know, the pinks, purples, anything-pastel. Basically, the little girl pile.

I noticed, but didn’t register what should have been obvious. In my lame defense, I was in a hurry to get going on the loads since I knew that I’d be leaving before 8 a.m. Monday morning for the zoo.

Then yesterday, in an effort to curtail some high-pitched whining, I decided to implement a policy that I had heard a friend use with her kids recently. If they want to watch TV, they have to have their room cleaned up first.

Love that idea. I used it once, but until last night, I’d forgotten to use it again. And that’s when I looked, really looked at my daughter’s room. I knew it was bad, but had used my super-selective-vision-power to avoid letting it register.

So there’s Laundry Day’s fatal flaw. Like EVERYthing else I learn in this de-slobification process, it’s all related. You can’t mop the floor and clean the kitchen by 9:30 a.m. if you have to remove three weeks worth of newspapers off of the kitchen floor, put away Monday’s groceries, pick up and return toys, etc. before you can even sweep, much less mop.

You can’t do a quick round-the-house laundry pickup on Sunday night when your daughter’s dirty clothes are buried beneath all of her toys.

So my daughter, who isn’t yet motivated by an allowance, and who has the same slob-mother, has a room that looks worse than that picture. She CAN clean it. We established places for everything back in the fall, and that makes it so much easier, actually possible, when it wasn’t before. I know that she can do it by herself because she did it when my mom watched her last week. It’s simply a matter of consistency, which needs to be directed . . . by me.

In her defense, it doesn’t get like that on a normal day. She can go quite a while with it being “not that bad” if she’s just playing in there by herself. That was what it looked like after she had friends come over and play (last week). She and her friends ALWAYS get out every single item that she owns.

And her mother, like her, doesn’t think to have everyone stop in time to clean up. It’s fun, fun, fun until the moment it’s time to go home. Totally understandable for a 4 year old, not so much for a 36 year old.

It’s my goal to make the “Clean your room before you watch a show” rule a daily thing. But I have to remember, as I have the suspicion that she won’t remind me. 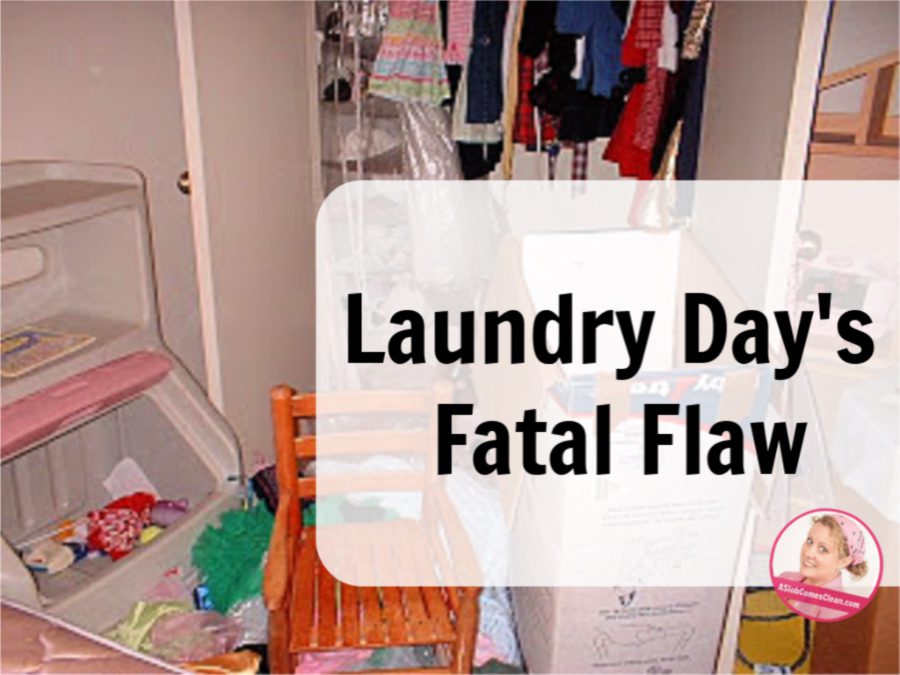