You know the worst kind of clutter?

The piles in my house that are actually other people’s stuff.

Not that I don’t have my own clutter. I do. I totally do.

But for some reason, my own clutter doesn’t get on my nerves nearly as much as other people’s clutter gets on my nerves.

First of all, I can usually recognize the reason/excuse for my own clutter. I know (or think I know) what it will take to finish my own unfinished project. I know why that particular collection of things landed in that particular spot.

I’ve learned the hard way over the years that the only way to actually make any progress in my house and also maintain the loving feeling in the family is to first focus on my own clutter piles instead of ignoring them while I focus on his.

But then there’s the matter of the joint piles.

The ones that have stuff of both of ours, but I assume it’s mostly his stuff. 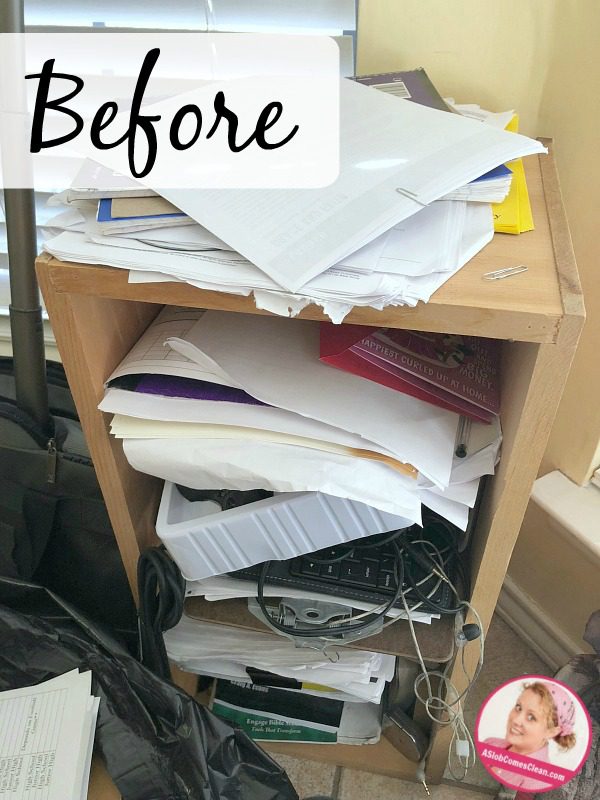 I’ve resented this spot for a very long time. Probably years. When we have people over to our house for anything official, I generally move the nearby breakfast table up against the wall and hide this shelf under it.

But lately, it had become extra embarrassing.

The piles were bigger and more teeter-ey.

And I was more annoyed.

This small shelf is where my husband and I keep our Bibles and Bible Study stuff. Obviously, other stuff lands there, too.

But he has more stuff. As an adult Bible study teacher, he has materials and handouts and commentary and such.

But then I remembered my own hard-won-by-experience advice to focus on less. And to make spaces better even when they can’t be perfect.

And most of all, to focus on my own stuff and neutral stuff first, even when I really wish someone else would just take care of their junk already.

And this is what happened: 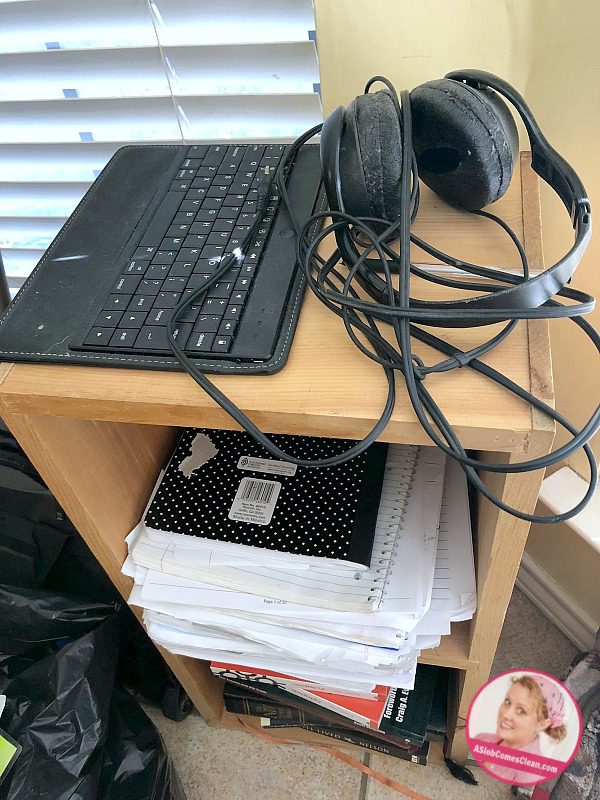 Just by working through my decluttering steps and only purging my own stuff and neutral stuff.

I was pretty sure there was some stuff in there he’d surely get rid of if he went through it, but I knew it would stress him out to not get to go through it himself.

But even leaving that, with a little straightening and purging, I felt so much better about this space and about my home and honestly, about life overall.

And I felt bad for blaming him for the entire mess for so many months/years. 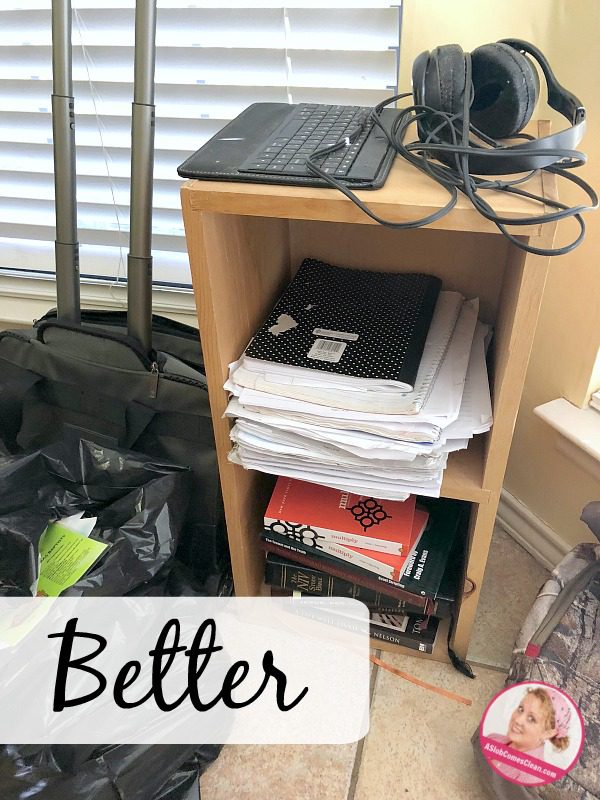 And as soon as he saw it, he saw that the two items on top obviously needed to go.

Which made it even better. Even if it wasn’t perfect.

And yes, the rolling computer bag to the left of the shelf? Totally mine. And that’s a backpack to the right. It’s still better . . . 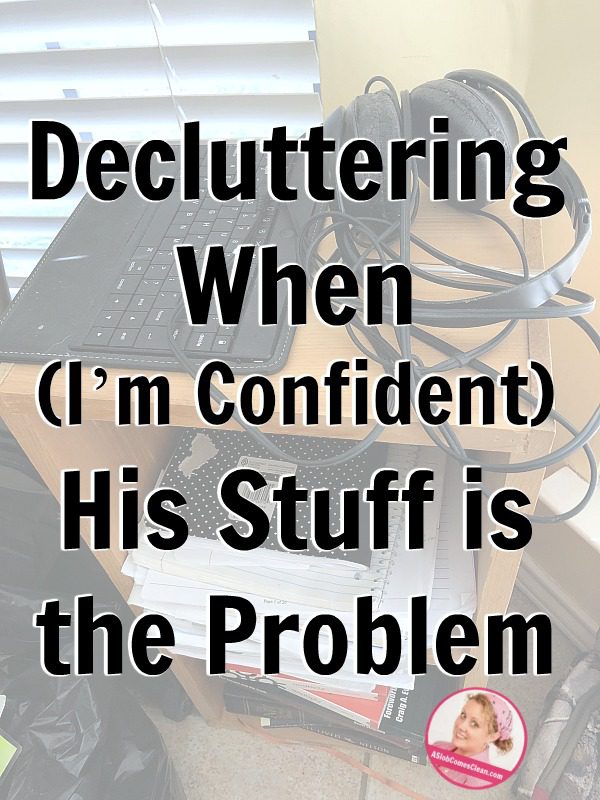