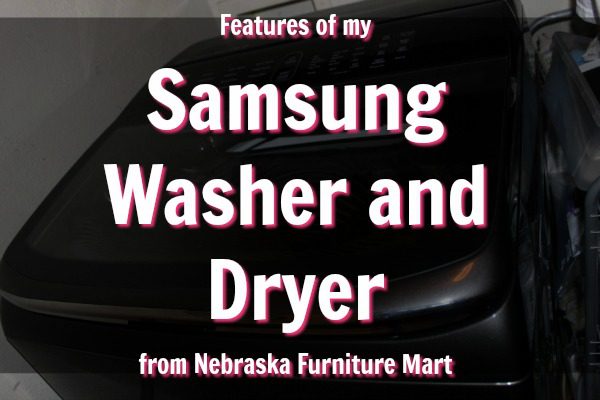 My Laundry Room could have been worse, y’all.

But it was bad enough. Bad enough for its own regularly scheduled decluttering/rearranging/general-clean-up post.

The need became urgent when I received an exceedingly lovely email from Nebraska Furniture Mart (a HUGEmongous furniture-and-more store here in the Dallas area and in other areas of the U.S.) asking if I’d like a new washer and dryer from Samsung in exchange for talking about them here on the blog.

I had a newish washing machine that was fine, but I was in desperate need of a dryer. Mine worked, but it was significantly smaller than my washing machine. Washing bigger loads of clothes isn’t helpful if you can’t dry them all together.

Since not caring about having a matching set hadn’t worked out well, I was excited to have a new set (and to give my not-even-that-old washing machine to my niece and her husband who are expecting Baby #2!).

Want to see the before and after pics of my Laundry Room? 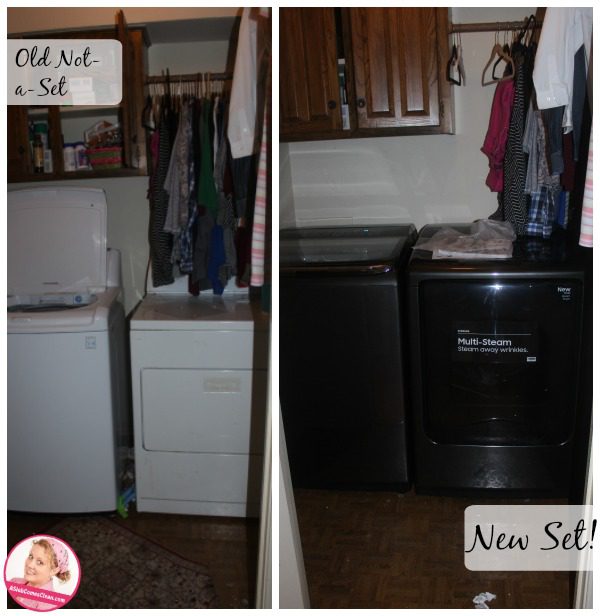 Fine. Here’s the real before pic. But y’all, that’s its own decluttering project post. I’ll share the excruciating details of that cleanup soon. 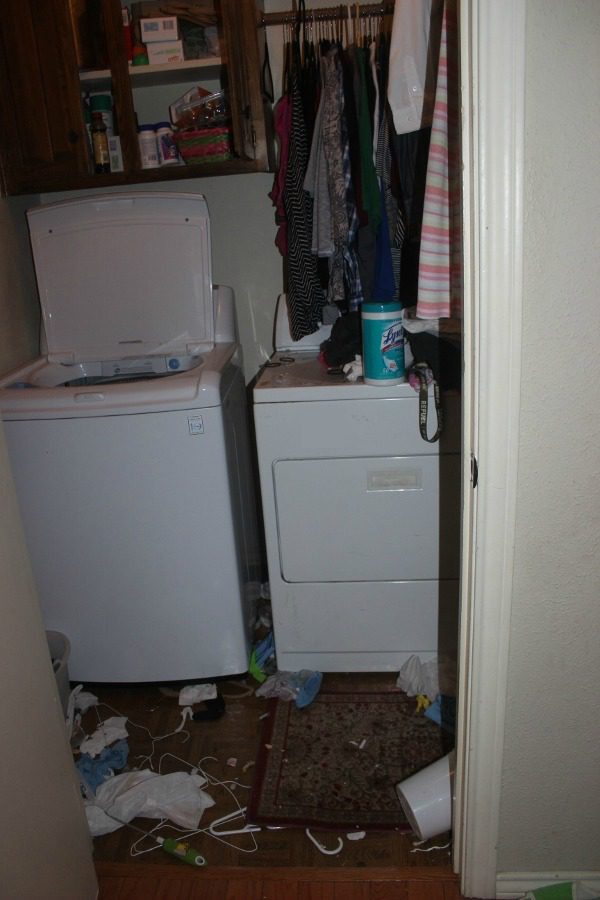 Isn’t the new set pretty? I once thought I didn’t care about such things, but I love the matchy-matchiness!

But pretty isn’t enough, so I’ll share what you actually want to know. How do they work? I’ve now done three laundry days with these machines, and I’m very satisfied with how they perform.

Things I love about my Samsung Washer/Dryer Set from Nebraska Furniture Mart: 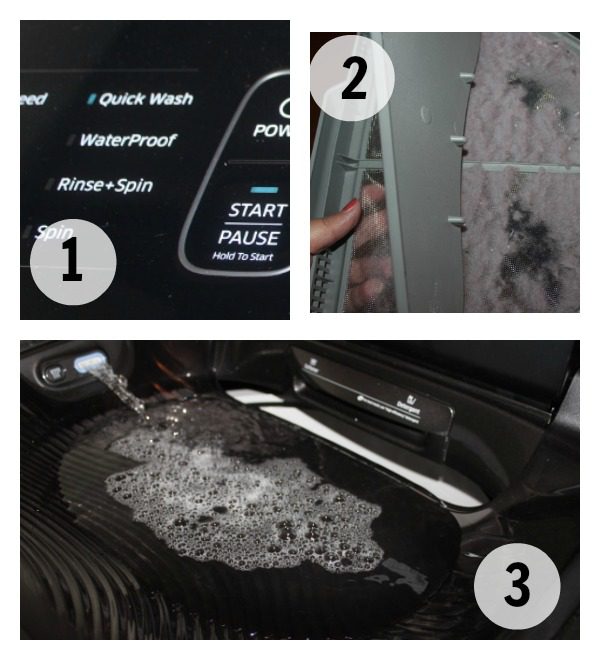 Things to get used to: 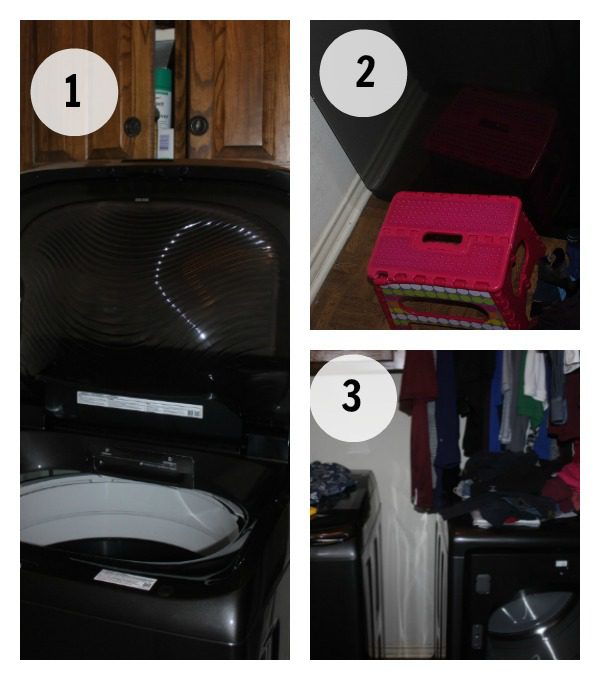 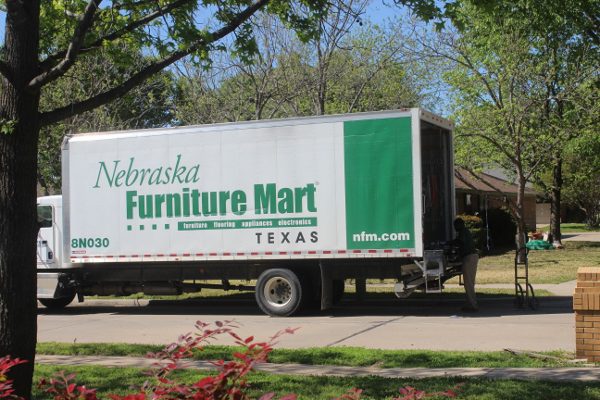 The delivery from Nebraska Furniture Mart went smoothly. The delivery men hooked everything up and moved my old not-a-set out to the garage to await new owners. They were a little surprised when I started taking pictures, as they had no idea this was for a blog post. But they still smiled! 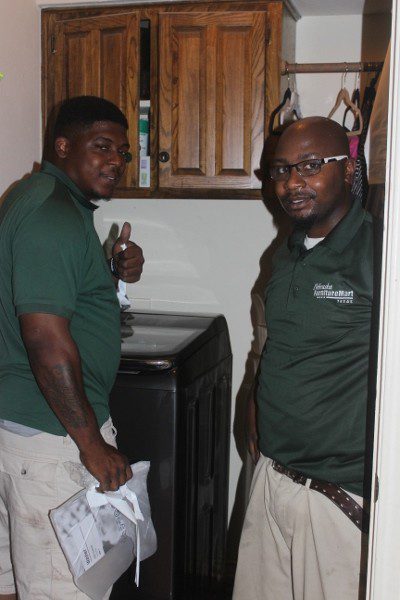 Everything was tested and working properly before they left!

See the features on video here:

Thanks to Nebraska Furniture Mart and Samsung for this fun project. I was provided with the new washer and dryer from Samsung in exchange for two posts, but received no other compensation. All messy laundry rooms, mismatched before pics, and opinions are mine and mine alone. 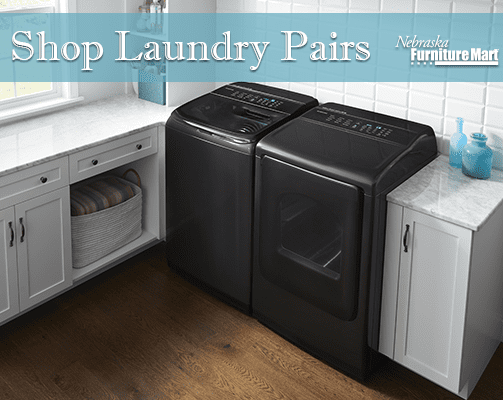