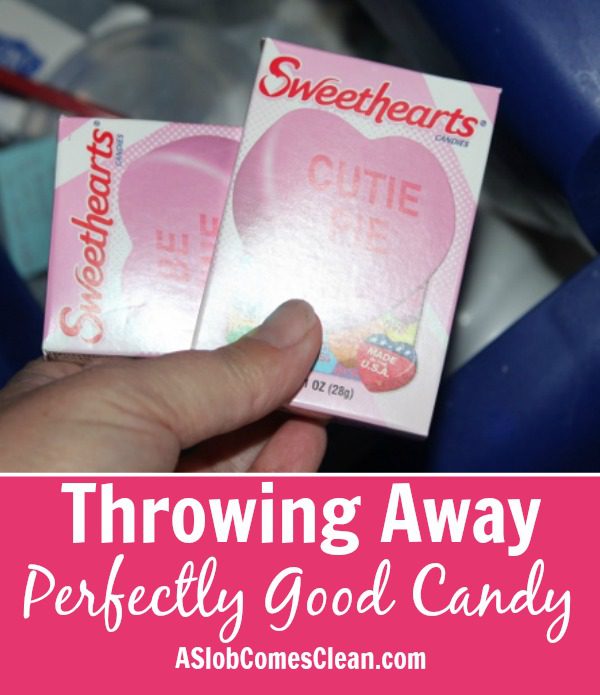 I think Hubby brought these home.

It was sweet, really. Someone had them at work and he thought he’d be nice.

Except our kids don’t really like them. I know (from experience) that they’ll sit and sit and sit and end up at the bottom of the snack basket, waiting for an official Decluttering Project.

Unless something even worse happens.

Worse? Me eating them.

Here’s the thing. I don’t like them. There are a few flavors I find somewhat tolerable, but others that make me gag a little.

I don’t eat them enough to ever remember which ones I like/don’t-like.

Without sugar I like, I am highly likely to eat something I don’t like, just because it’s the only sugar around.

So, despite my aversion to total wastefulness and guilt over someone’s hard-earned sixty-seven cents going into the trash, I decided to save myself.

And not save that “candy.”