Feeling like something happened before but knowing it probably didn’t.

And then there are times when things happen that I KNOW have happened before. That’s not a creepy feeling. It’s a mind-exploding, grumpiness-inducing, self-blaming feeling. 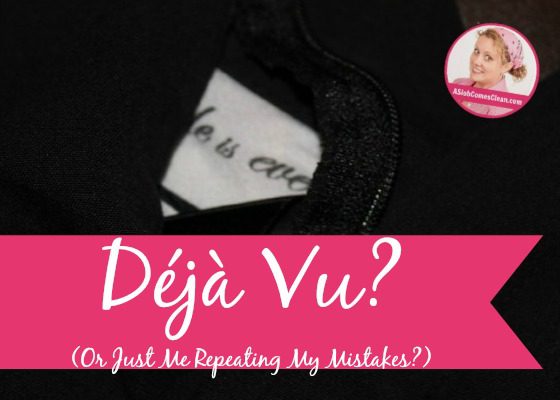 I uncovered them recently in a pile in the master bedroom. I thought, “Huh. I wonder why I still have those? I distinctly remember ripping them.”

So I looked where I thought they were ripped, in the back.

They were. One seam of a double seam had come undone. But really, as long as there wasn’t a HOLE, they were technically wearable, right?

I smiled a self-depracating smile at my strange memory of thinking them unwearable.

Well now I’m GLAD I waited to pitch them.

Waiting is usually bad, but this time it was good.

Then, when it was time to actually wear black pants, I thought how lucky I was to have uncovered those. I always did like the way they fit!

Until I put them on and realized it wasn’t the half-a-double-seam-rip that I remembered making them unwearable. It was the ENTIRE-ZIPPER-OUT rip.

And I felt this strange sensation that I had experienced this exact yay-for-me-wait-what-was-I-thinking scene before.

I’ve broken the cycle. Those pants are gone.

It’s Christmas shopping season, and Amazon is already putting out some amazing deals at Amazon’s GoldBox Deal of the Day

. I’m hesitant to post exactly what they are here on the blog since they’re so time-sensitive, but it’s worth clicking over (via my affiliate link) to see what today’s deal is. 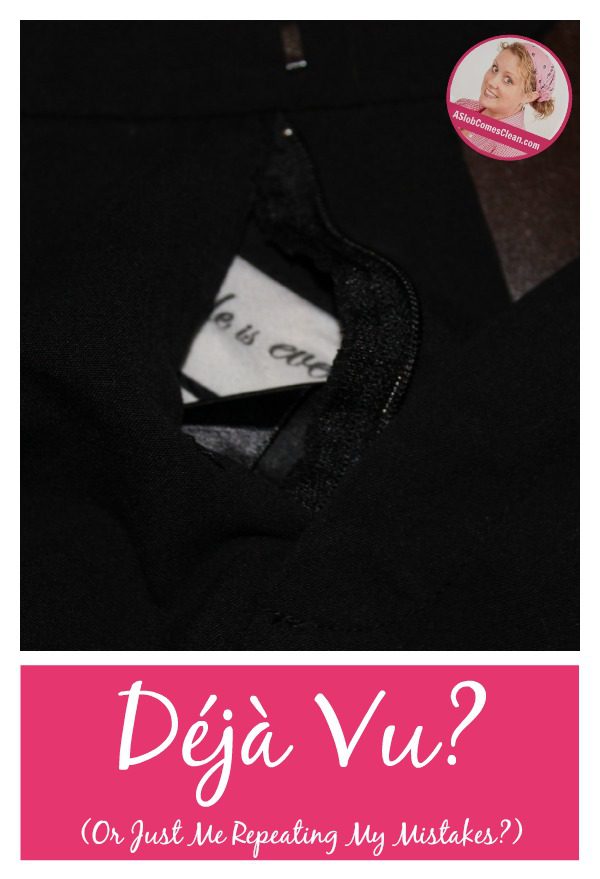