{Editor’s Note:  Today we have a guest post from Emily Chapelle at So D*mn Domestic.  She has set up 6 different houses in 7 years of military moves so she knows a thing or two about having stuff, maintaining it and decluttering what you don’t need… even if she is a crafter with the corresponding crafter’s stash!}

You know what WIPs are, right? If you’re a crafter I know you do. Works-in-progress. Those half-done, almost-done, or barely-started projects we’ve been “meaning to get to.” 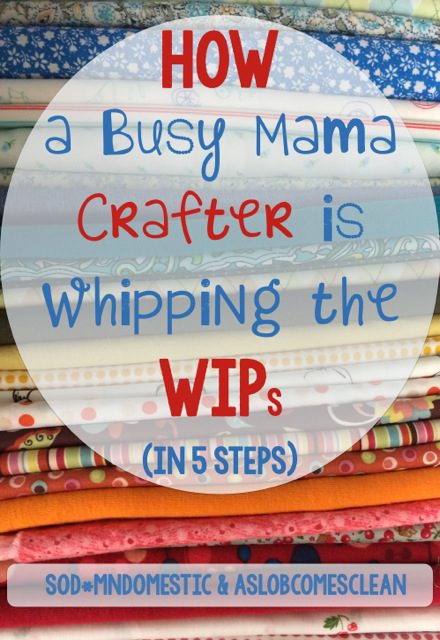 The problem is, when our craft stashes (not as trendy as mustaches) grow, WIPs multiply, and soon we’re spending most of our time managing, organizing, and digging through embryonic projects instead of actually crafting.

I can’t tell you how much craft stuff I got rid of when we moved into our new house in December. But it was at least three big boxes during my craft-area-focus day. Plus other random stuff I decided to declutter at different times. It can be bad enough when you’re a die-hard knitter or something, and the yarn piles up. But what about people like me (I know you’re out there) who are kind of a Jack of all trades? 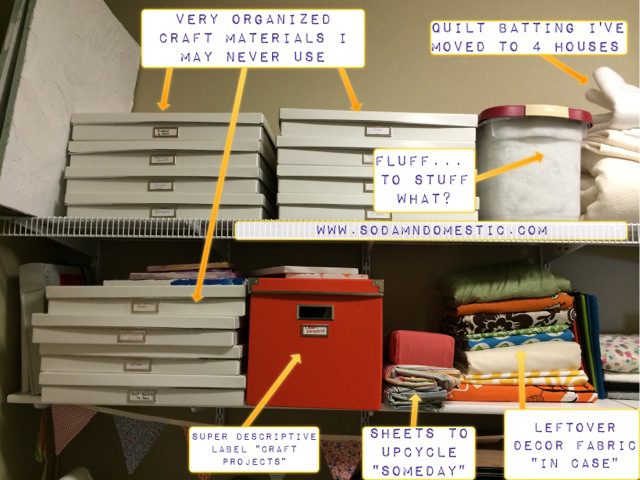 I have clothing blanks in different sizes from when I was doing toner transfers on T-shirts and baby clothes for my local La Leche League. Paint, blank canvases, paint brushes. Yarn, knitting needles, crochet hooks. Embroidery hoops, embroidery thread, various sewing notions, and a rainbow of sewing thread. Scraps of fabric, clothes to upcycle, quilt batting, polyfil stuffing, 10,000 buttons, baby carrier hardware, and on and on and on….

We’re moving cross-country again in January. So we’ll be in this house just over a year total. I’ve decided to take this time to Whip the WIPs and get my craft stash under control. How am I doing it? 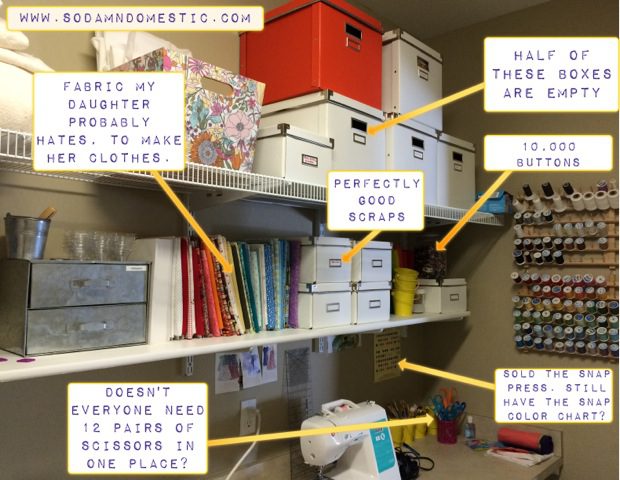 Here’s to a crafty year, more actually-finished instead of in-progress projects, and a shrinking craft stash! 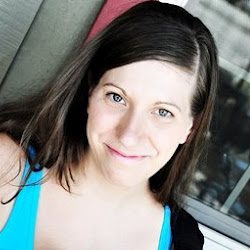 Emily Chapelle has set up six different houses in seven years of military moves. She’s also the mother of two adorable curly-haired kids, wife to a Navy fighter pilot, and a former teacher, childcare provider, and nanny. Now she works from home to spread encouragement and inspiration to other homemakers with a no-nonsense attitude and lots of tough love. She blogs at So D*mn Domestic. Get her free eBook, Finding the Awesome: 3 Steps to Doing More & Stressing Less for more inspiration and guided, broken-down exercises to find your Awesome.