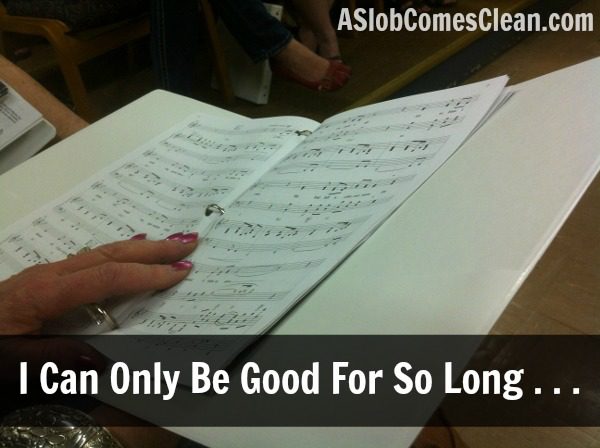 We have a new music minister at our church.

He made nice, new music folders for each and every choir member.

I assume he recycled all the old ones but mine. Mine had been lost for who-knows-how-long before he came.

When I saw my pretty new folder (with my NAME on it and everything), I determined to change my music-losing ways.

But in an effort to impress the new guy and enjoy my new, never-been-lost folder, I kept up with it.  I was ever-so-purposeful about putting it back in my slot every Wednesday night.

I carried it somewhere else, got out of my routine . . . and it never found its way back to to Slot Number Two.

The next Wednesday night, I was without it. And the next.

And then the next.

Thankfully, I finally found it and put it back in its proper home.

Choir folders are not that big of a deal, but it’s the same way with so many things.

Newness is the very best feature of a system that works.

Unfortunately, it’s the one feature that has an expiration date.