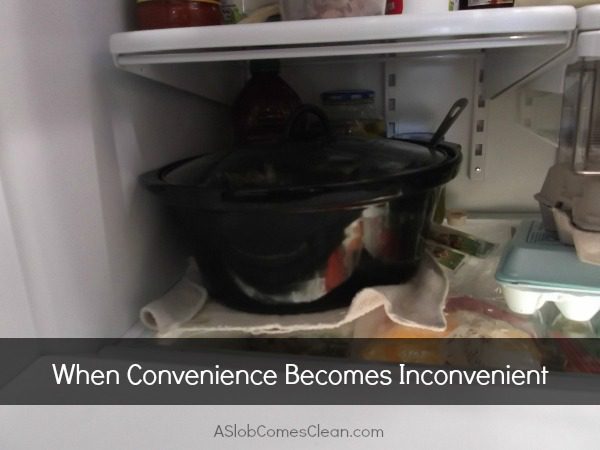 I have the world’s greatest garbage disposal. 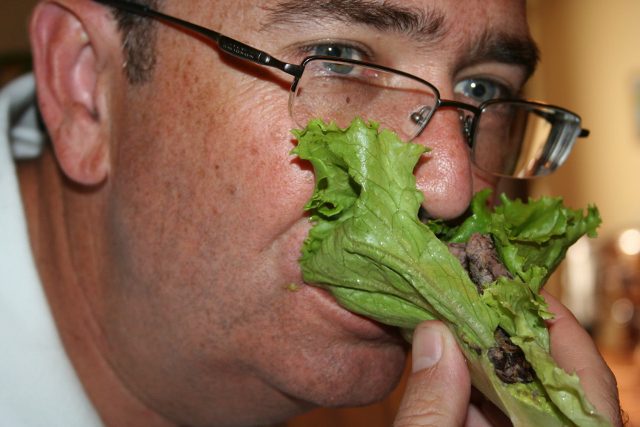 And he’s cute too.

My husband is the most awesome leftover eater ever.  That man will eat food days past the point when I would never touch it.

You may be grossed out and you may worry about his health.

I used to worry about him too, but finally just decided to trust him.  So far, he’s lived to tell stories of eating fried shrimp left in the garage overnight.

Yep.  He hates to see food go to waste.

But then, a few weeks ago . . . I made Cabbage Soup.  There was cabbage in our Bountiful Basket that week, and I happened to see a tweet about a beef and cabbage soup that I had the ingredients for.

And it wasn’t horrible.

But then I put it in the fridge. I assume I was in a hurry and felt justified putting the entire crock pot into the fridge.

Into the really big, open part of my fridge.

But strangely, even though there was PLENTY of Cabbage Soup left over, Hubby never ate another bite.  And neither did I.

The soup sat there. And the crock pot sat there.  (Thankfully, I have another crock pot that I was able to use when I needed one . . . )

The convenient placement of that big ol’ crock pot in a convenient spot became a total inconvenience.

See, it’s also the best place to put our two/three/sometimes-four gallons of milk for the week.

Or apple-juice, or grape juice, or whatever.  But even though I was irritated every time I had to angle the milk onto other shelves where it barely fit, I left the cabbage soup.  Long past the point where even Hubby would risk it.

So tonight, I held my breath and dumped that soup down the disposal.

The real one, not Hubby.

And that took a whole 45-or-so seconds. Much less time than I’ve spent re-arranging butter and parmesan and angling milk jugs to KEEP from doing that for the last almost-a-month.

Oh. And do you know what amazed me? That month-old cabbage soup didn’t stink.  Seriously.

The day you make it? Stinks like garbage. Three weeksish later? Not a scent.