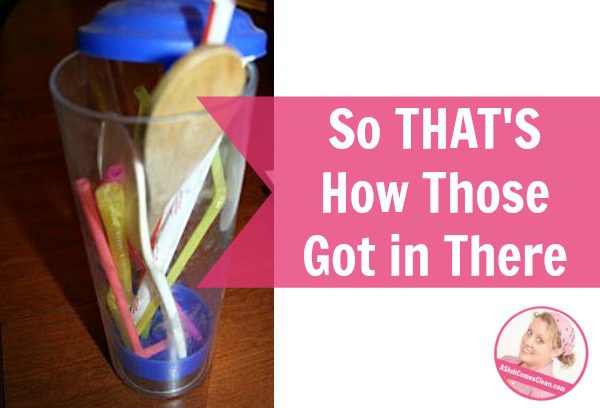 My Slob Brain is often a mystery to me.  Most of my decluttering efforts involve head-shaking and eye-rolling as I discover things that have no reason to be where they are.

Or toothbrushes in the TV cabinet.

But Monday, I caught one of these unexplainable misplacements in action. 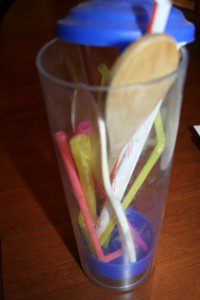 I was emptying the dishwasher and . . . naturally . . . talking to myself.  I was likely giving a fabulous parenting speech or writing the world’s most earth-shattering post, or being interviewed on a riveting television show.

Because that’s how I roll.

I had gathered a handful of silverware, and was heading to put it in the drawer.

“Yes, Rachael, I do believe that there are women in every walk of life who can relate to my slob struggles . . . ”

I also saw a straw in that drawer, so I grabbed it and turned to the straw dispenser just across the way.

“Yes, that’s right.  It’s important to remember that when kids act that way at school, you must still be kind to them.  You don’t know what their life is like at home and what makes them act that way.”

Oops.  No, cooking utensils most definitely don’t go in the straw dispenser.

And they never did.

Mmm-hmmm.  I do believe the creative brain and the slob brain are quite closely related. 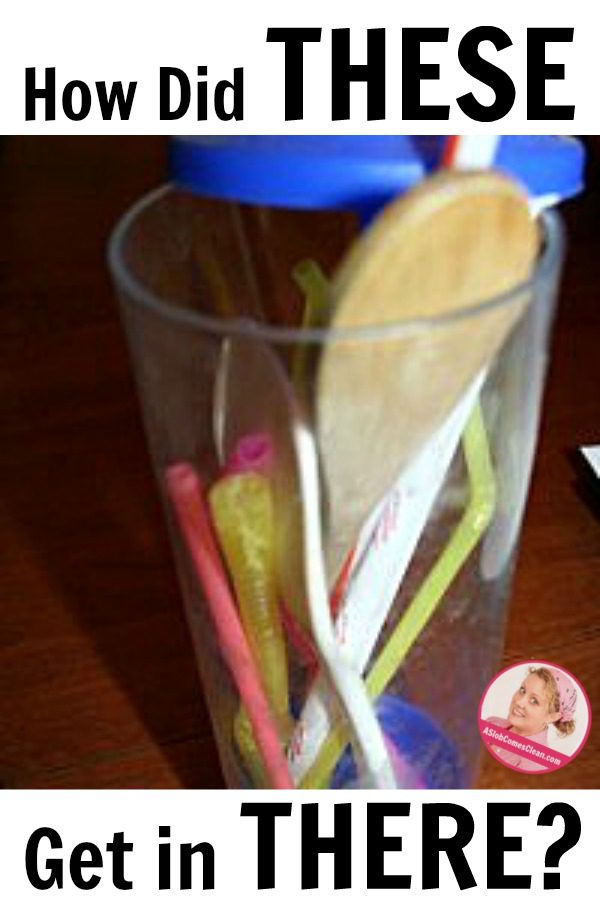