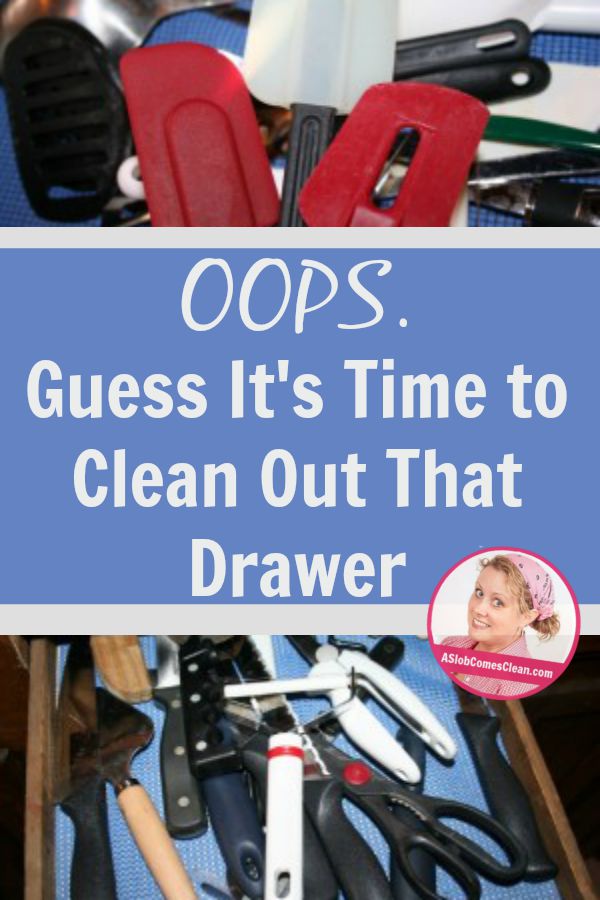 Last Friday night, as hubby was lovingly frying fish for dinner, he asked for tongs.

Right at the moment when he needed them.

I decided to not be irritated since I would do the exact same thing.  Of course, it so happened that I had used the tongs to cook supper the night before and then left immediately for a rehearsal.

Which meant I didn’t clean the kitchen, and they were sitting inside a once-soaking-but-now-stinking pot, with various other not-so-clean dishes piled on them.

In the pulling out process, less-than-lovely water splashed . . . and landed in my utensil drawer.

Since I had to remove everything anyway, I decided it was as good a time as any to declutter that drawer.

Here’s the shot of the drawer at the moment when I realized I needed a before picture: 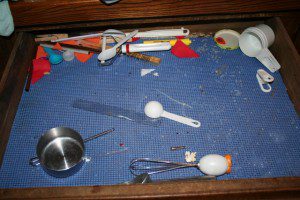 Here’s everything that came out of it: 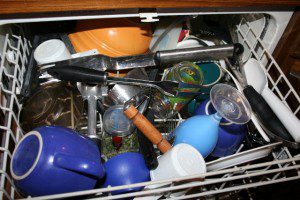 I removed EVERYthing, tossed the liner in the washing machine, wiped out the drawer, and threw away the trash. 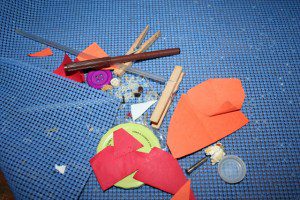 Putting things back gave me the opportunity to evaluate which items I could live without. 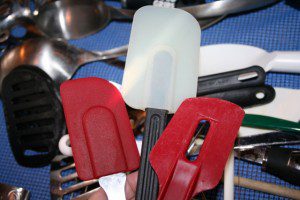 I decided I only needed two spatulas. 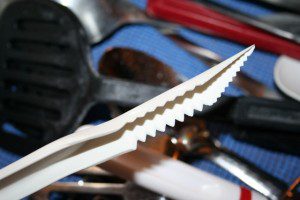 Since I had no idea what that (scary-looking) thing was, I let it go. 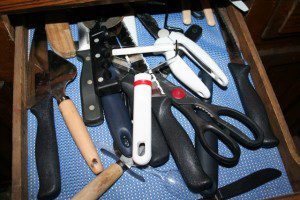 The cheese-slicer  (that I didn’t know I had) went into the knife drawer.  I also refer to it as my Anything That Cuts drawer.  That’s where I would look for it.

When all was said and done, I didn’t get rid of tons: 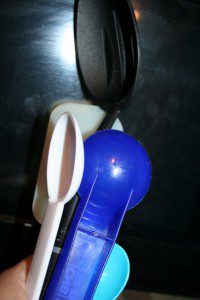 But the drawer is much more usable (and cleaner) now: 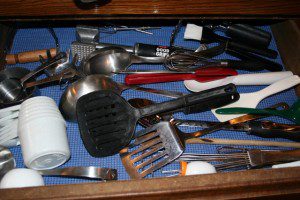 Sometimes, you just have to celebrate the I-had-to-do-it-anyway projects.

I’ll be linking this up to OrgJunkie’s 52 Weeks of Organizing.

Read Newer Post So THAT’S How Those Got in There . . .
Read Older Post Conviction, Priorities, and Purpose

Read Newer Post So THAT’S How Those Got in There . . .
Read Older Post Conviction, Priorities, and Purpose