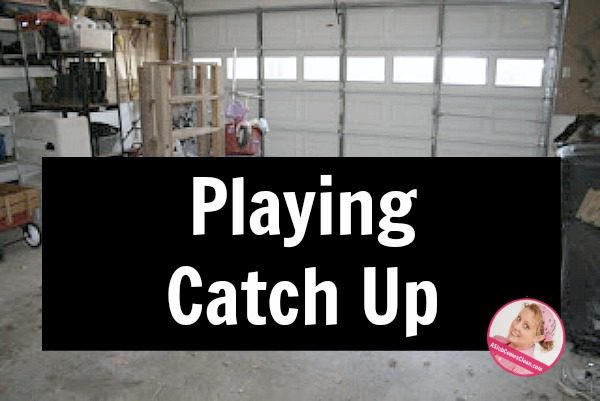 Don’t worry, I’m not sobbing.  I’ll save that for Wednesday, her actual birthday.

I’ve come a very long way in this deslobification process and didn’t have to block out two entire weeks to clean and declutter before I could start party prep.  Still though, big events mean . . . shoving. 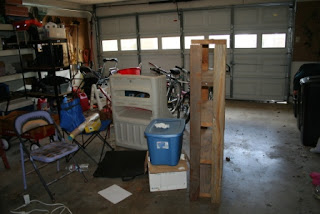 Shoving the contents of that last difficult hot-spot into the master bedroom.  Shoving the parts of that ongoing project, and the bikes from the patio, and the still-homeless shelves . . . into the garage.

The main area I wanted to reclaim was my newly organized garage.  If you’ve read all the way through the blog, you know that our bikes have never had a real place.

Bikes are big.  Especially when there are five of them.

Bikes are unwieldy and not easily stored.  Of late, we’ve had them on our covered patio, and even though that isn’t organization-magazine-featured-storage-solution-worthy, I’m okay with it.  They’re out of the way, but also easily accessible.  I haven’t thought of another place where they could be both of those things.

But alas, when you are expecting between 10 and 20 party-lovin’ pre-schoolers, out-of-the-way isn’t good enough.  I locked them in the garage.

The bikes.  Not the kids.

So today, I took about 30 minutes to reclaim my parking space, and am happy with the results: 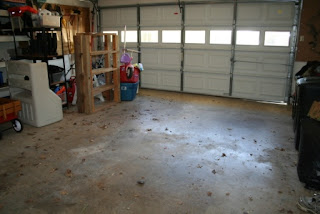 So many leaves blew in when I opened the garage door that I decided not to bother sweeping.

I went through hubby’s is-this-trash-or-not-I’d-better-let-her-decide pile from the backyard.  (It’s mostly trash, so it leaves tomorrow!)  I also took pictures to list four rather-large items on Craigslist.  If they don’t go for the chump-change-price I’m asking, I can donate them with no regrets!  Two are already listed!

Like I said yesterday, this cleaning/organization thing never ends.  But it is so much easier when I play catch up the next week . . . . instead of the next year. 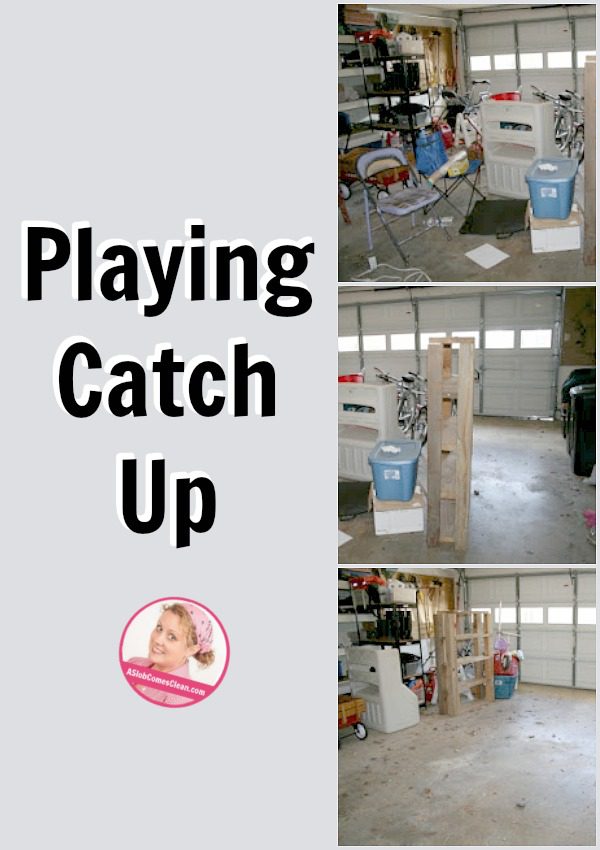