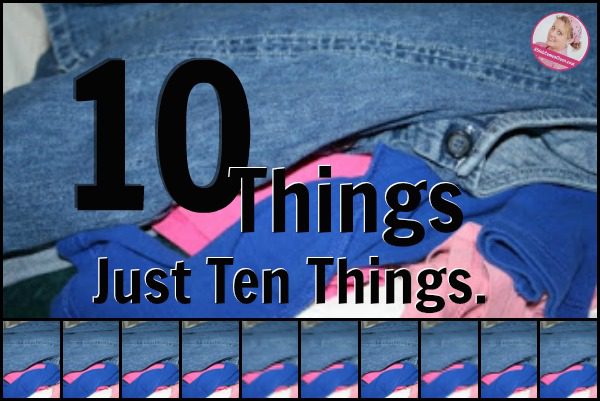 Even though it’s Tuesday!  Bathroom Day!  I know.  Shameful.

For a scatter-brain, I am strangely ruled by routine. It doesn’t make sense.

Anyway, I can NOT seem to work grocery shopping into my routine.  Ever since I had to stop doing it on Wednesdays (you know, last AUGUST), I haven’t been able to find a time that consistently works.  Monday morning, immediately after I drop the boys off at school, is the most logical.

But since I despise it so much, I often figure out a way to put it off until Tuesday morning.

So, today, I had no choice.  I had to go.  But that meant that we got home later, and I decided that I had to make a choice between exercising or cleaning bathrooms. (Since blogging time, of course, isn’t optional.)

I chose to exercise.

Anyway, on to the point of this ever-so-rambling post.  I was determined to do some sort of deslobificating today.  I shared yesterday about my acceptance of the role clothing plays in my inability to control the state of the master bedroom. 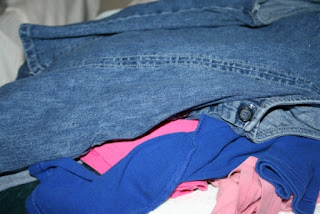 It’s starting to bug me.  I had been looking with disgust at my over-full closet for a while now, and in my mind I kept thinking things like:

There is no reason to keep things that I never ever choose to wear.

Now that I have laundry somewhat under control, I simply don’t need these last-resort-outfits.

So, today, I thought it would be easy to just grab ten things to get rid of.  Y’know, so I’d have something to blog about.

But somehow, it was incredibly difficult.  EVERY SINGLE ITEM that I grabbed caused severe doubts.

The What-ifs were flowing freely through my brain.  But I did it.

If I had to do ten more today, I don’t know if I could.

Sometimes, I really irritate myself. 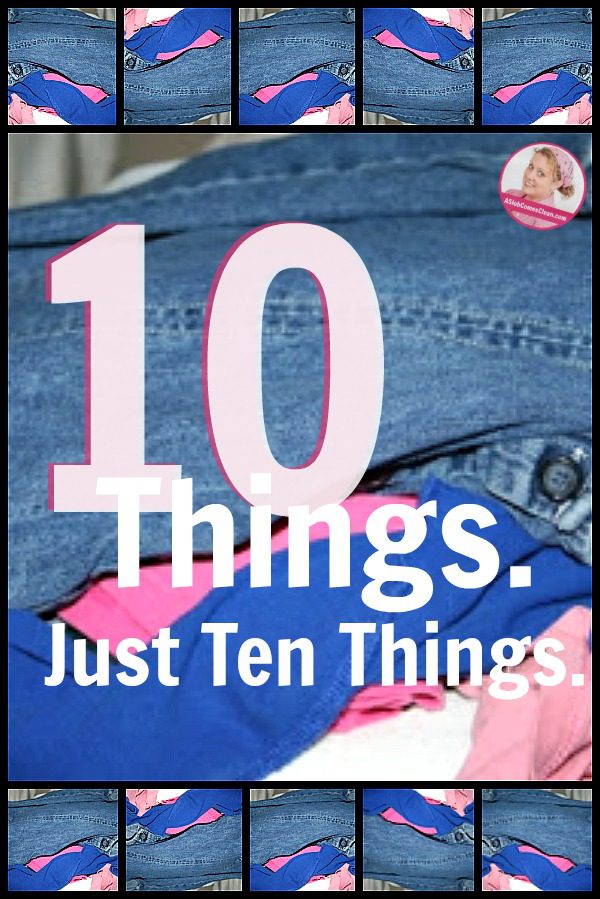