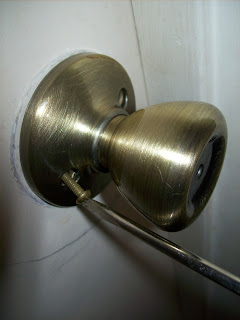 We don’t hire babysitters very often.
I have many excuses, and all are legit.
But when it comes down to it . . . the thing that makes me desperately go through all other childcare possibilities is . . . the fear of leaving someone alone in my house.
Not that I’m worried about them endangering my children or stealing money or going for a joyride in our car.
I’m worried that they might open the master bedroom door. It’s not a fear of them digging through our drawers, it’s a fear of them seeing what they’d have to step over to get to the drawers.
Anyway, I had to hire a babysitter this morning. I had made a doctor’s appointment that required me to leave the house at 8 a.m. When I made the appointment, it looked like my husband’s work schedule would allow him to “entertain” the kids at work while I went. But since making the appointment, things had gotten hectic and he had meetings scheduled all day long. Meetings that didn’t really allow for kids running in every five minutes to bug him. He was still willing, but when I asked him last night if I should try to get a babysitter, his relief was obvious. I didn’t feel like I could ask a friend, since it’s summer, and unlike me, most people don’t have kids who insist on getting up at 7 a.m.
So, at a pool party last night, I arranged a babysitter, warned both her and her mother about the state of my house (which is much better than it would have been last summer, but likely still shocking for normal people), was assured by them that their house was probably worse, assured them that there was no possible way that it was, and told her I’d pick her up at 8 a.m.
And just before I left to get her . . . I obsessively checked that I had everything out of my bedroom that I needed, and then locked the door.
Why the obsessive checking?
I don’t have a key for our master bedroom door and have never been able to manage the unlocking of it. So, I have to unscrew and almost completely remove it to get back into the room. This usually takes at least 15 minutes and isn’t something I want to have to do in front of a babysitter.
————————

Head on over to my facebook page and see an interesting piece of women’s health advice I got today at my appointment. While you’re there, I’d like it if you’d like me. (I know . . . it sounds pathetic.)