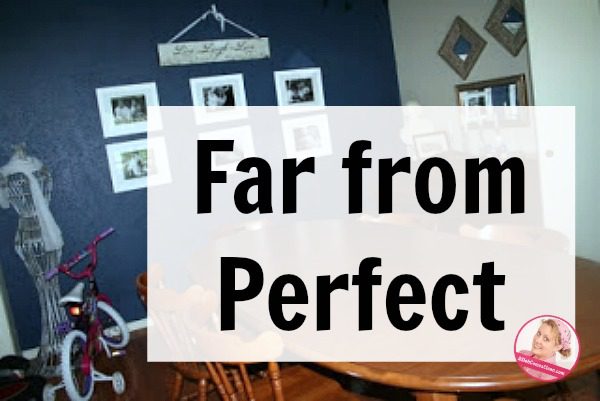 I had a friend over for lunch yesterday. I thought it was supposed to be today, but then I got an email from her on Wed. night asking if we were still on for “tomorrow.”

Yesterday and today were both equally fully scheduled, so it really didn’t matter. And hey, I’m so much less paranoid about the dreaded doorbell.

The problem? This is the friend who spoke to my mom’s group about keeping an organized home. She has it down. She even has FOUR kids, and her house is pretty much always perfect. And, she even cleans a few houses on the side.

I heard someone say once that if someone is just coming over as a friend to socialize (as opposed to a real party) you should be okay with letting them see how you really live. For example, the bikes parked in the dining room so they can be used more easily than if they had to be dragged through the house from the garage. I put them up on Sunday nights when we have a group over, but I decided to leave them out yesterday.

Yes, I’m trying to take that advice, since now I feel like I can be proud of the fact that our house looks “lived in” instead of “trashed.”

But then I started to feel funny. We stood in the kitchen talking as I got the kids lunches together, I was much more keenly aware of my crazy-full fridge every time I opened it. I cringed at small, but existent, pile of mail. And then, things started flying through the air. Literally. We didn’t know what it was at first. Then I realized that it was from the ceiling fan that I had turned on for the first time in a week or so, since it was so muggy. Dust was flying all over the kitchen. At that point, any pride I felt that my house was in much better order than it used to be, was gone.

I still have so far to go. A dusty ceiling fan is still at the bottom of my priority list since there are so many places left to declutter. It is far enough down on the list, that I am still very good at ignoring it. I have noticed that it was dusty, but I’ve told myself that no one else would notice. Seriously? I would notice it in someone else’s home. 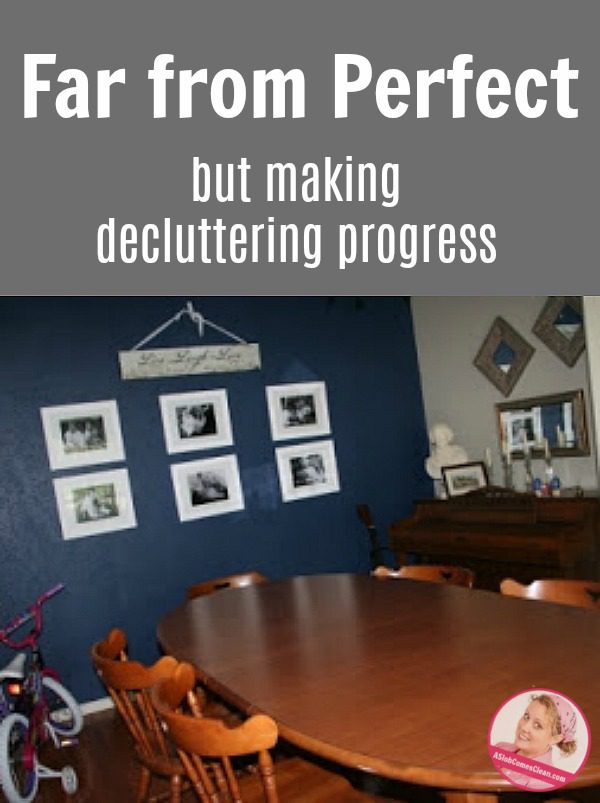