I’m going to sneak an affiliate link in here. You’ve been warned. 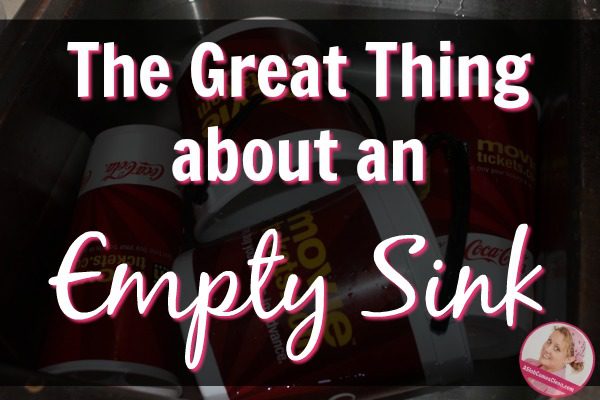 And I’m really not sure why the people who make refillable-for-a-discount stuff for movie theaters, amusement parks, etc. can’t make them out of something I could stick in the dishwasher.

Anything that holds food but can’t be stuck in a dishwasher isn’t my friend.

But then I saw so many people carrying these buckets into the theater with them when we went to the fifty cent movie one summer morning. I glanced sideways at enough of them to finally see they said “2.50 refills” on the side.

I decided to leave the less-than-riveting movie to at least find out how much the initial purchase was. I must have felt generous that day, because I decided $11 for a bucket of popcorn, a large drink and a package of candy was a good deal. Especially when I was told I could get a FREE refill that day with my receipt.

My kids still tell the story of watching me come back into the movie carrying snacks. They almost passed out when I left and came back with the second serving.

Now, we get snacks.

But we never remember to wash the containers right away. Ever. And they get gross. Particularly the cups, which often contain a sugary drink.

So, a bleach bath is just the thing, don’t you think?

Every time I fill my sink with bleach water, I find myself so grateful that even though I’m dealing with an irritating would-a-non-slob-ever-have-to-deal-with-this mess, I’m not having to first deal with a day’s (or six days’) worth of dirty dishes in order to get to the sink to use it for soaking.

Boo for the other, but yay for that.

One more thing. I know why they don’t make these containers out of dishwasher safe stuff. They’re trying to spend less so they can make more money. I guess I can handwash them to be able to get a “good” deal.

If you click on that affiliate link to see what qualifies as one of the WORST movies ever for a parent to have to sit through, don’t buy it. It’s SOOOOO bad. But you should totally buy something else while you’re over there. Something you actually need. Like laundry detergent.