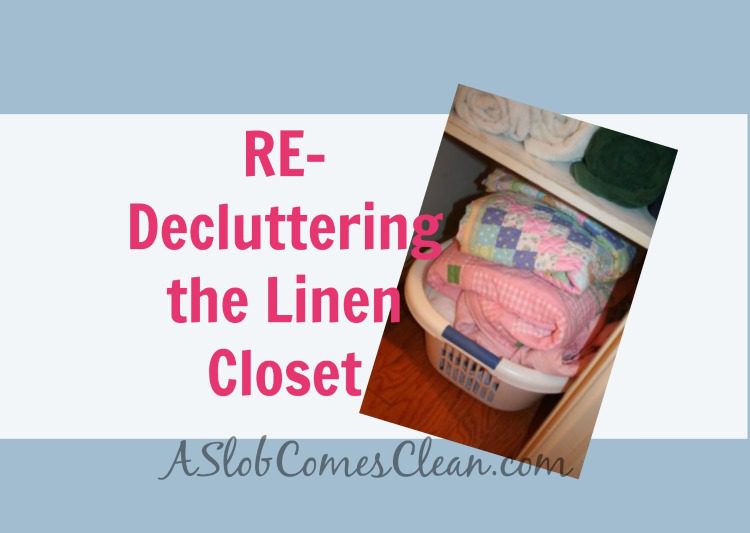 This is my linen closet.  Even with the door shut, my slob-problems make themselves known. 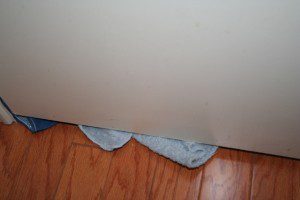 But comparatively, that’s nothing.  Nothing compared to the open-the-door-and-let-the-world-see shot.

Blankets are my excuse. 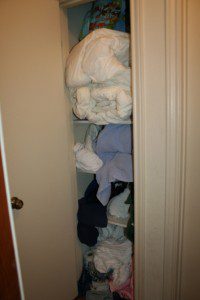 I started by pulling all of those blankety-blank blankets out. 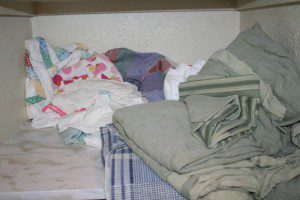 Behind them, never to be found in a hurry, were the sheets.  I purged a few pieces here and there, such as the single quilted pillow cover that doesn’t match anything we have ever had, but which I had kept for years.  And various other sheet sets for bed-sizes that we no longer have.

Though my towels were mostly still folded due to my works-better-for-me rolling-rather-than-folding technique, many . . . many washcloths were found randomly strewn throughout the closet. 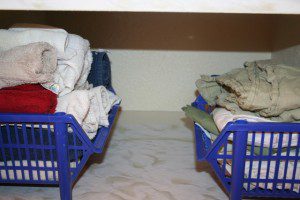 I found two un-pretty storage baskets in the garage and gave the extra pillow-cases and washcloths their own contained home. I’m going to see if that works before I run out and buy something pretty. 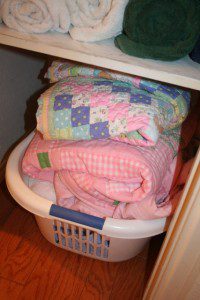 I found an unused laundry basket and stacked the folded blankets in it at the bottom of the closet.  There isn’t room for these blankets on the shelves, but obviously . . . we shove them in this closet.  So now they have a basket to be carefully placed into. 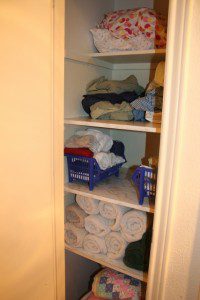 And here’s the finished project.

Re-decluttering is irritating. Pre-blog, I resisted it because I knew it wasn’t going to work.  I wanted to clean up a space and be done with it!  And honestly, I felt like a failure because the last time didn’t work.

Through this deslobification process, I’ve learned that re-decluttering is just what I have to do.  I’m pretty sure even normal people have to.   As someone who overdoes most things, I just have to do it more.

But even if this isn’t the time that “takes” as an organizational system, we’re enjoying our usable linen closet right now.

And that feels good.

And . . . this linen closet is also the subject of my latest Webisode!  In it, I show the methods for “folding” sheets and towels that work for me.

I’m linking this up to Orgjunkie.com for 52 Weeks of Organization! 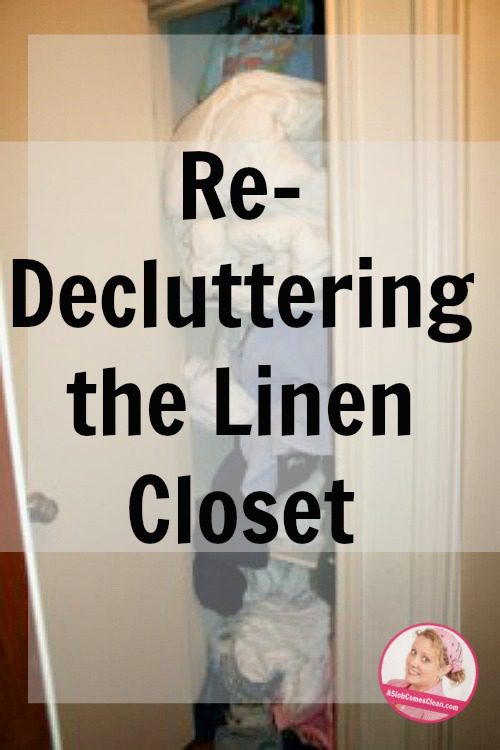