Today the detail I tackled, was wiping down the counter in my breakfast nook. 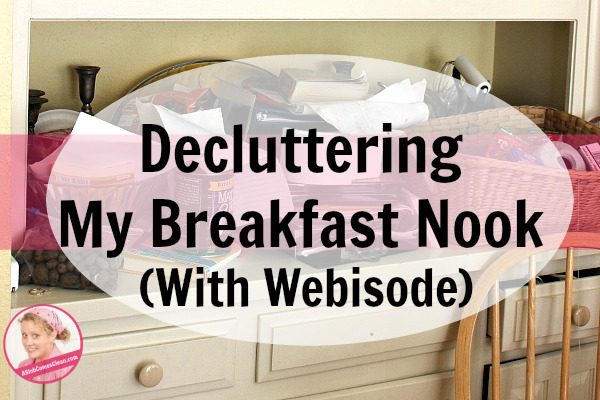 But instead it took twenty.

Since, y’know, I had to declutter first.

Mostly, I threw away trash.  Ads, coupons, spelling tests . . . all went straight into the trashcan they should have gone in instead of going on this counter.

But whatever, it’s done.  And now my pretty little breakfast nook is actually pretty again.

I would go on and on, but it’s one of those run-home-for-just-a-minute-and-shoot-and-edit-a-webisode-and-get-your-post-up-as-fast-as-you-can kind of days.

You know the ones.

So watch.  If you haven’t been watching the webisodes, I think you should start now. If you’re an email subscriber, click through to watch it on my blog or go watch it directly on youtube.  This one includes never-before-seen facial expressions.

Never-before-seen by you.  My husband sees them all the time.

I’m linking this up to Orgjunkie.com’s 52 Weeks of Organizing. 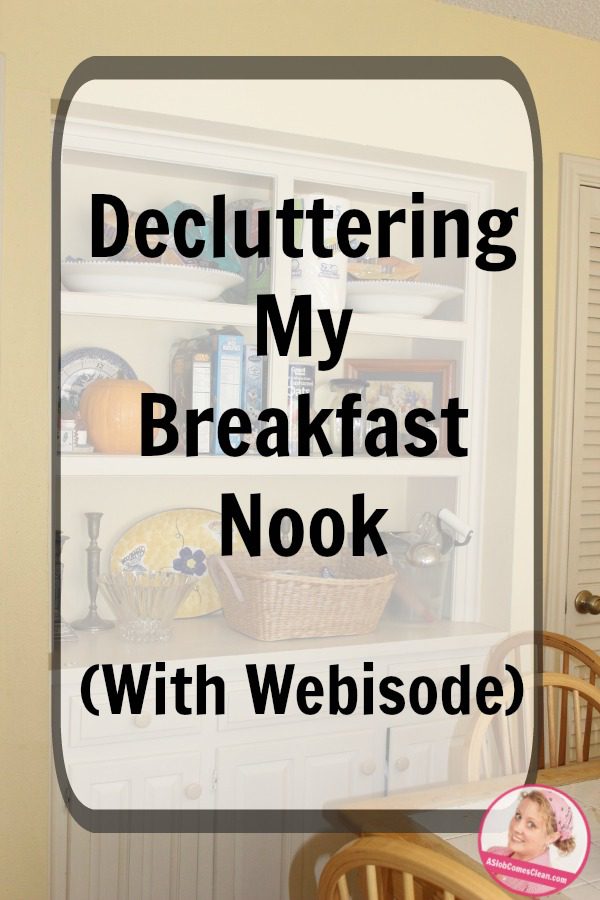