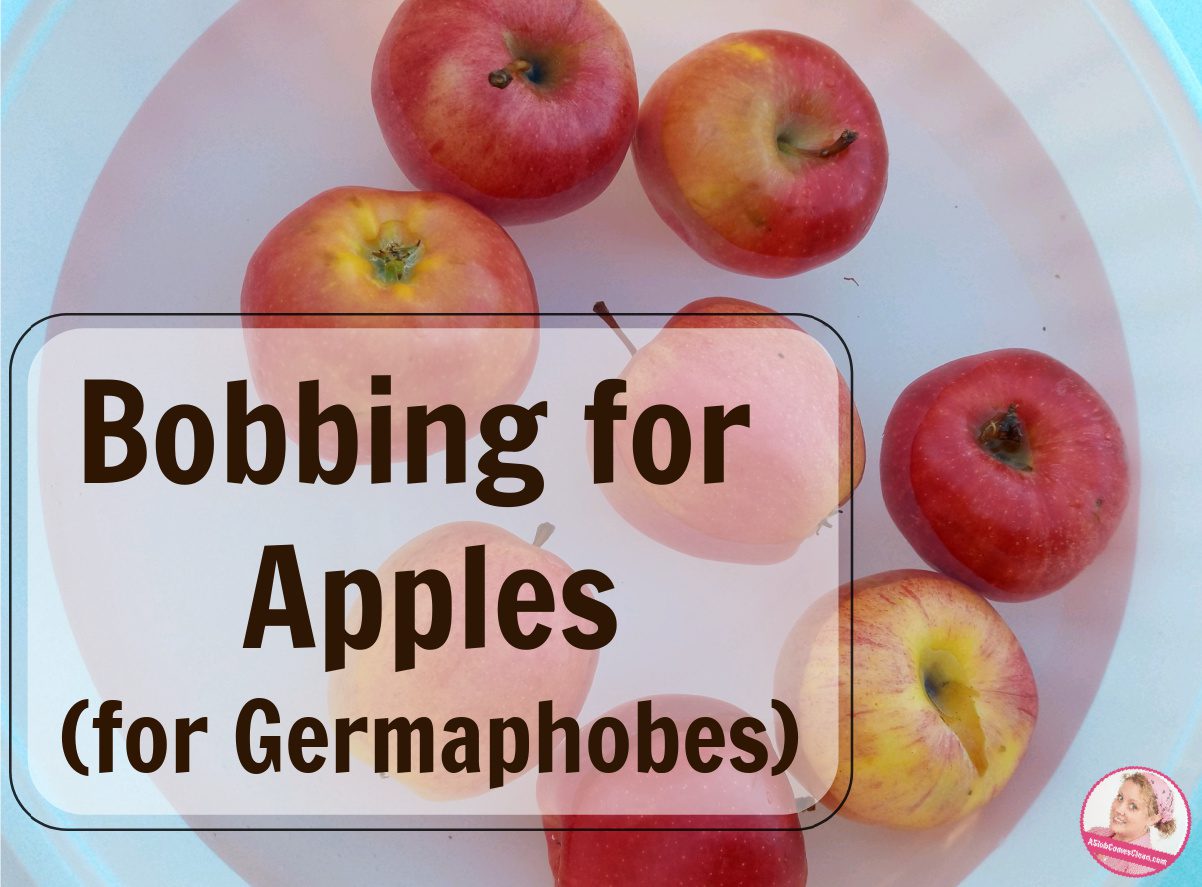 Little known fact about me:  I was a Champion Apple Bobber.

That’s right, every time I bobbed for apples as a child, I dominated.  I was generally the only person at the party who was more-than-willing to stick my entire head into the bucket and push the apple to the bottom so I could grip it in my larger-than-average mouth.

Half the fun was the drama of flipping my sopping head up out of the water triumphantly.

Anyway, when my soon-to-be 9yo declared that he wanted to bob for apples at his party last week, I had one of those glowing mommy-moments where I loved that my son wanted such an old-fashioned game instead of having a Wii tournament.

So I enthusiastically agreed.

And then realized something that never occurred to me in my days as Apple Bobbing Champion of My World back in the 80s.

Bobbing for apples . . . is rather disgusting.

Open mouths all going into the same vat of water, one after another?  Noses too?

Grody to the max.

So this mama-who-is-a-germaphobe-but-tries-desperately-to-not-let-her-“issues”-affect-the-childhood-experiences-of-her-kids started thinking.

I headed to the dollar store and picked up seven slightly-bigger-than-face-sized large bowls. 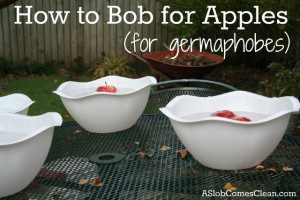 Seven . . . because there were going to be seven kids at the party.

It was totally worth it to me to spend seven dollars to avoid being totally grossed out or responsible for the spread of who-knows-what diseases among the third-grade boys of my small town. 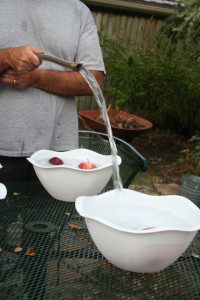 I placed two apples (one large and one small) in each bowl and then Hubby filled the bowls with water.  I said “Go!” and the kids got to bobbing.  We congratulated the first to come up with his first apple, and then everyone continued to re-bite their apples and perfect their personal apple-bobbing techniques.

The snot-streaks on wet, happy faces and hundreds of tiny pieces of chewed apple bits in one of the bowls confirmed that my new method of apple bobbing . . . was genius. 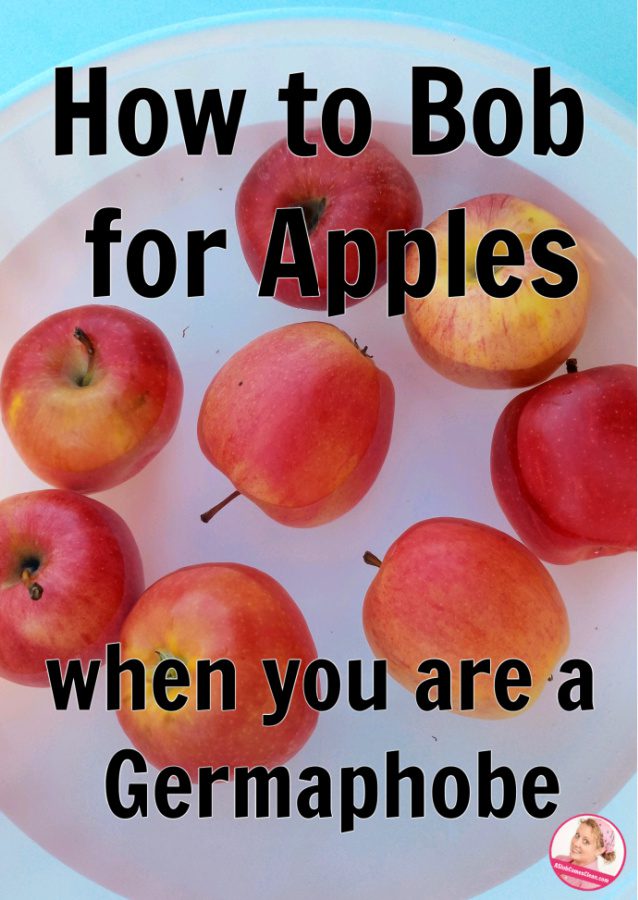