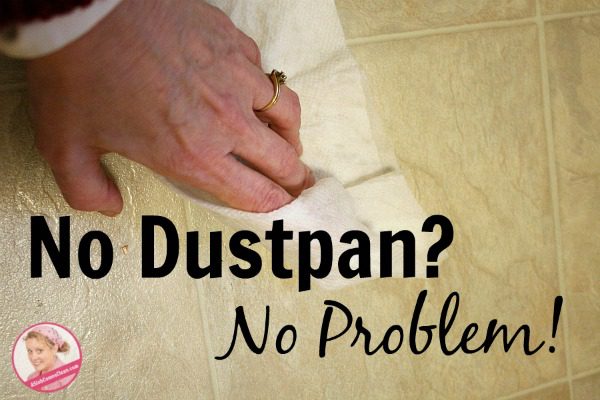 I haven’t seen my dustpan in at least a month.

The last time I remember seeing it was when I asked my 3yo daughter to go dump it in the trashcan. I’m thinking she must have fully obeyed.

Now, let me acknowlege right here and now that I know exactly what is going through the mind of any “normal” person who has happened upon this post. You’re thinking, “Ummm, so get another one, they’re about a whole dollar?!?” And you’re thinking it in the same voice you’d use explaining something to a three year old.

Yeah, well, I’m guessing that the place in my brain that somehow keeps me from noticing big piles of trash on my dining room table probably is the same spot that keeps me from thinking of things like dustpans while at the store.

So for the first week or so of the “Mystery of the Missing Dustpan” I used it as an excuse to not sweep. I mean, I’m always looking for an excuse anyway, and not having a dustpan is a pretty good one. A few times I tried the piece-of-paper-for-a-dustpan method, but that never works very well.

Then I remembered another mother-in-law trick. I’ve mentioned her tricks before. She is not a neat freak, but her house always looks perfectly fine. She sees messes and takes care of them without acting like it’s some huge feat.

Once at her house I was sweeping up a mess one of the kids had made and asked where the dustpan was. She said that she usually just used a wet paper towel to wipe up the dust pile when she swept. She felt like it picked it up better than using a dustpan.

So about two weeks ago, I remembered her idea, and she’s right. It totally works. Sweeping every day means that there is rarely a 3 inch high pile of dust (like pre-blog days) and so a wet paper towel works perfectly fine.

The slob part of me is irritated to have eliminated an excuse, but the wants-to-get-over-being-a-slob part is happy about it. 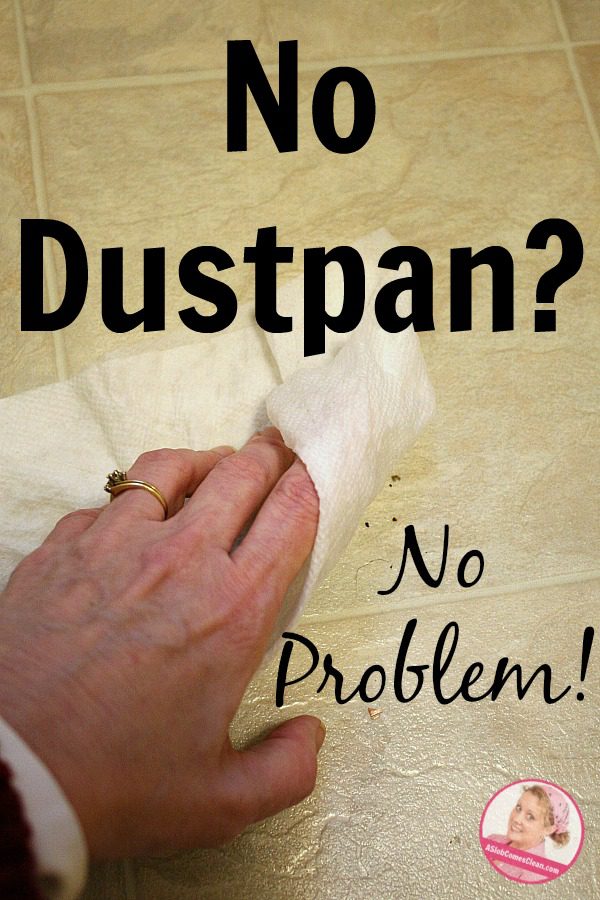